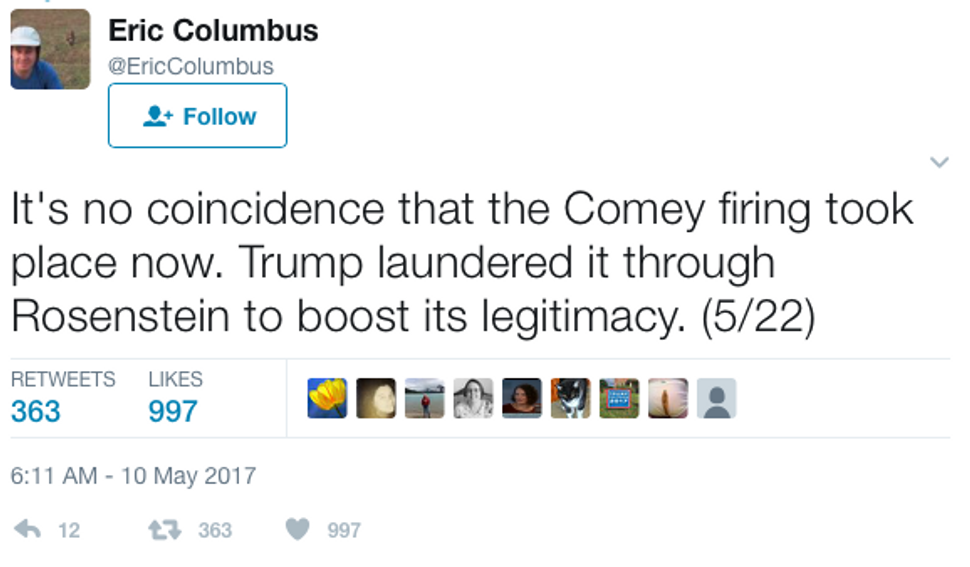 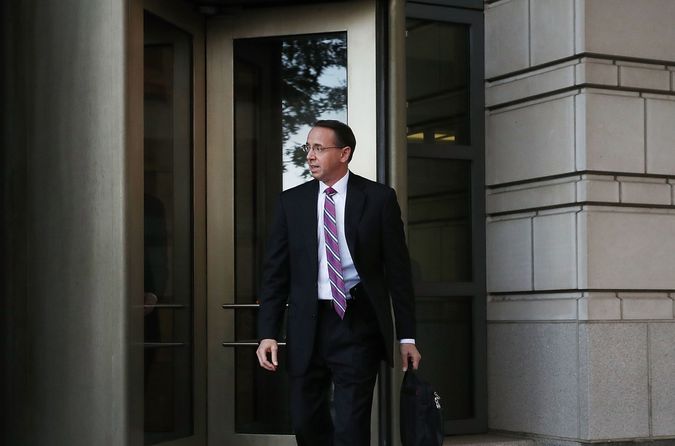 Rod Rosenstein probably had to negotiate over the language in the infamous memo used as pretext for FBI Director James Comey’s ouster.

That’s according to Eric Columbus, who served as senior counsel to the deputy attorney general’s office in the Obama administration, when Rosenstein worked for the department as the United States attorney in Maryland.

Rosenstein is a rare breed – a Bush political appointee who Obama kept on for eight years, as U.S. Attorney for Maryland. (2/22)

In a widely-shared tweet-thread, the Harvard-educated attorney described Rosenstein’s place in the Department of Justice and speculated about Rosenstein’s actions in the run-up and aftermath of Comey’s firing by President Trump. 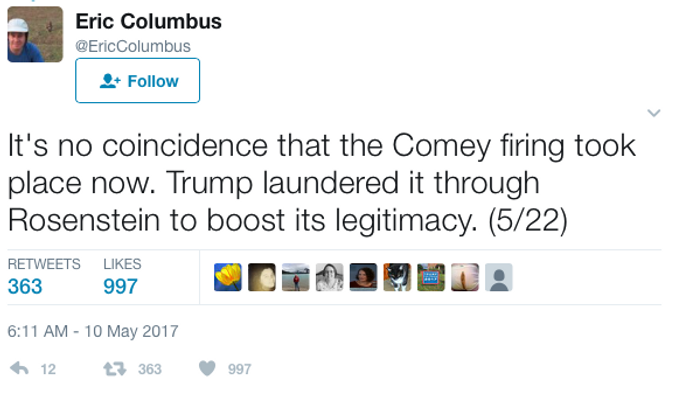 Columbus also guessed that haggling occurred over language in the memo. “Sessions wanted a memo on Comey’s sins, and Rosenstein felt he had to oblige his boss… as long as he didn’t have to expressly say something he didn’t believe,” Columbus wrote, adding that Rosenstein never recommended that Comey be fired..

The Trump White House initially said that the memo was the precipitating factor in Comey’s dismissal as FBI director.