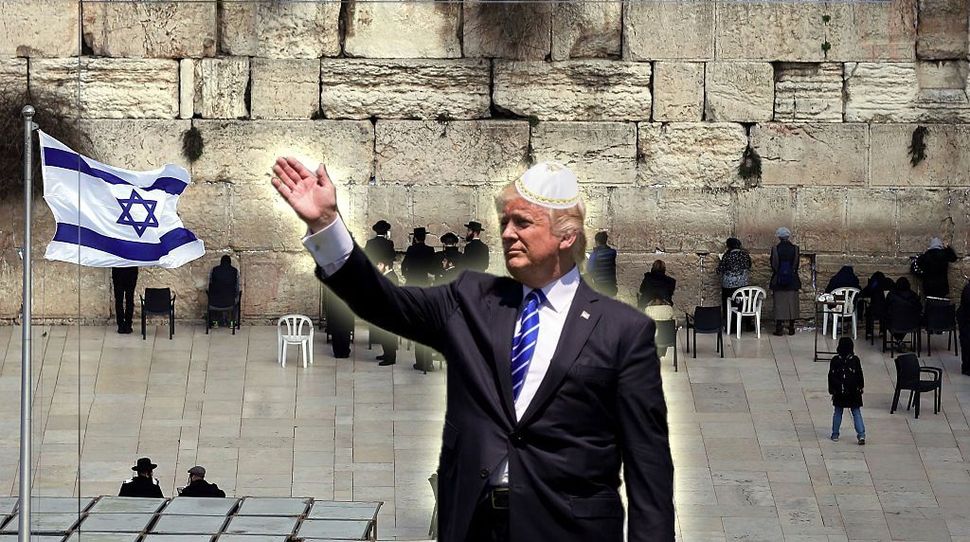 If Israel allows President Donald Trump to visit the Western Wall on his upcoming visit, it would constitute a horrible desecration of a holy site. This spiritually vapid man would use the visit as another chance to wrap himself in false sanctimony; Israel cannot let this happen.

This would be true even if Trump had not revealed Israeli intelligence in his meeting with Russian officials. Sadly, many thoughtful Jews have bought into the notion that Republicans (and by extension President Trump) love Israel more than Democrats do because Republicans don’t try to restrain Prime Minister Benjamin Netanyahu and his ilk from self-destructive policies and actions. Well…how do you feel about him now? Trump loves Russia and talks to Russian officials, often recklessly. Russia supports Iran. Iran’s leadership hates Israel. Whether out of malice or carelessness, Trump is compromising Israel’s security.

Republicans may now have set the United States on path towards a new Soviet alliance. Why do I use the dated term Soviet? With Vladimir Putin, a former high-level KGB operative, in charge, it’s not so dated.

Trump doesn’t love Israel or Jews — he doesn’t possess the capacity for any sort of love beyond self-worship. Israel cannot allow itself and our holiest sites to be used as a campaign prop for this self-aggrandizing campaign of wealth concentration and global destruction. Please keep him away from the Western Wall.