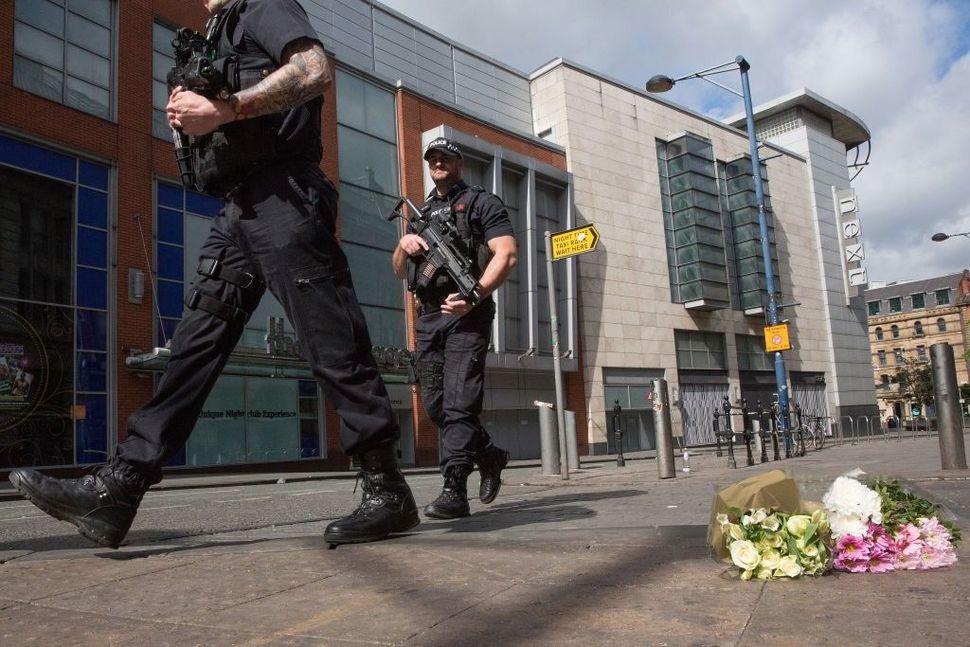 Jewish celebrities have joined the outpouring of grief over the deadly terror attack at an Ariana Grande concert in Manchester, England.

Twitter has responded to the event with thoughts, prayers, and calls for unity.

Sending prayers to the people of Manchester. So incredibly heartbroken for all the families who lost loved ones.❤️

What incomprehensible horror to target children at a concert. My thoughts are with those whose worlds have been upended tonight #Manchester

Just heard about the explosion outside of an Ariana Grande concert in Manchester. Terrorism suspected. What a horrible tragedy.

Can’t believe what happened in #Manchester. So sad! My thoughts are with all the victims and their families ?

Sending all our love to Manchester today. The news has left us speechless and heartbroken❤️❤️❤️

Heart breaks for everyone at the @ArianaGrande show- terrorism and hatred disrupting a magical escapist experience. Sending all love.

Lord Jonathan Sacks, former Chief Rabbi of the United Kingdom, wrote on Facebook that the horrific events in Manchester represent “the worst and best of humanity”.