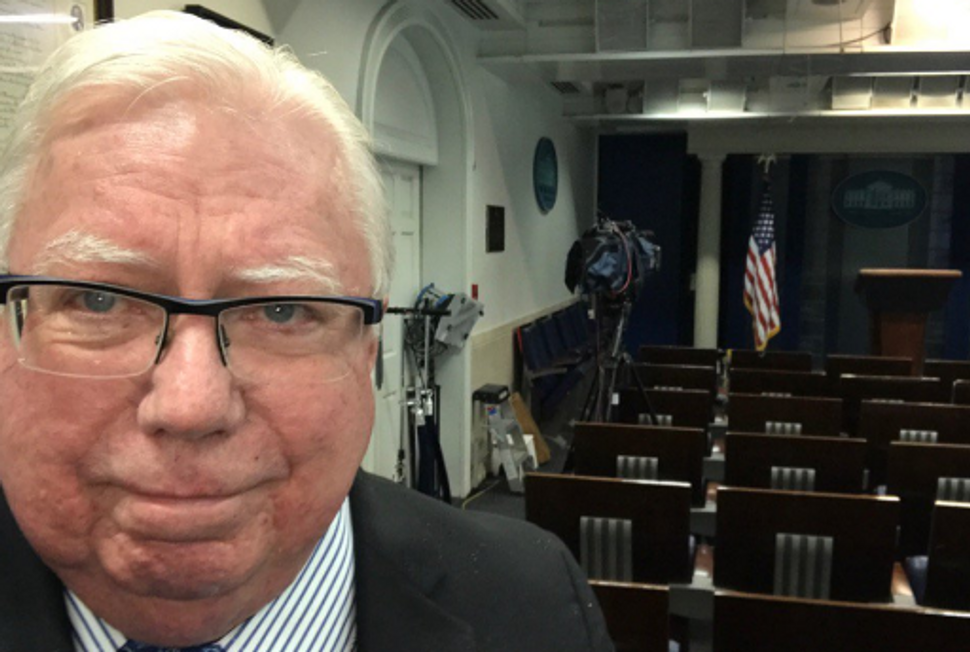 InfoWars, the “alt-right” Web site and spreader of conspiracy theories like “Pizzagate,” bragged Monday that it had gotten White House press credentials. That wasn’t exactly the whole truth.

As Snopes reported Tuesday, InfoWars’ D.C. correspondent Jerome Corsi showed up in the presidential briefing room thanks to a weekly pass that had already been granted to his organization earlier in the month.

That differs from complete press credentials, which permit a news outlet access to all the media briefings that occur at the White House. On the day that Corsi was in the executive mansion, Press Secretary Sean Spicer did not hold forth with reporters.

InfoWars head Alex Jones has accused Michelle Obama of secretly being a man who murdered comedian Joan Rivers. Corsi was a major popularizer of the birther lie, the claim that former President Obama was not born in the United States.