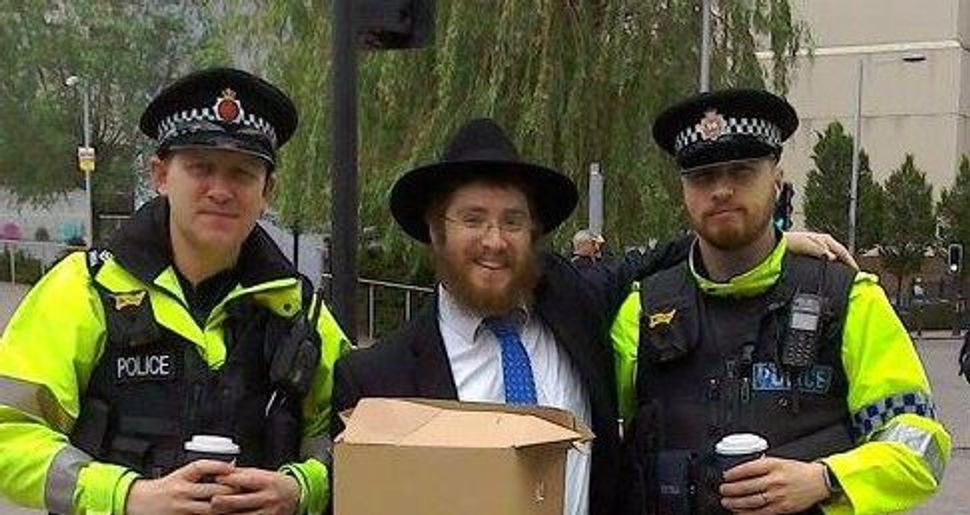 A Chabad rabbi arrived at the scene of Monday’s terror attack in Manchester to offer his moral support to the police – and some danishes.

Rabbi Shneur Cohen and his colleagues at the city’s Chabad center went to the Manchester Arena to give out pastries and coffee to first responders.

Cohen told the Jewish Chronicle that he hoped to send a message of solidarity to the emergency personnel and the wider community.

“We’re here today at the scene showing support for the police that are doing the marvelous work, bringing hot drinks and a Danish to all the officers,” he said.

“We send our love and support for all those who have lost lives and those that were hurt in this terrible incident,” he continued. “We are Manchester; we will stand together strong, shoulder to shoulder, with positive acts of kindness. Everyone can do their bit, show a smiling face.”