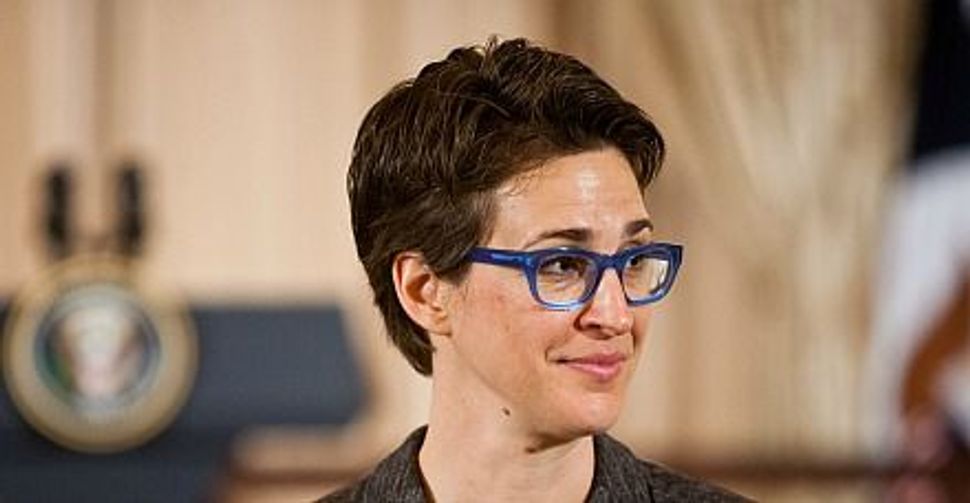 Rachel Maddow, the liberal MSNBC host, comes from a family of practicing Catholics. But that’s not the whole story – she has one paternal Jewish grandparent from modern-day Lithuana.

Maddow, who now anchors one of the highest rated programs in cable news, has a hodgepodge of European heritage. Her mother is from Canada and mostly descends from English and Irish stock.

On her father’s side, her grandmother is of Dutch extraction – with her husband as the Jewish link in the chain, and also the source of the Maddow family name.

Maddow is of course an Anglicization, though – the original surname is said to have been “Medwedof.”

Maddow is coming off a great week – one of the first in which she beat Fox News in the 9 p.m. time slot when her show airs. The Stanford University alum and Rhodes scholar started on the network in 2008. She lives in New York with her partner Susan Mikula.