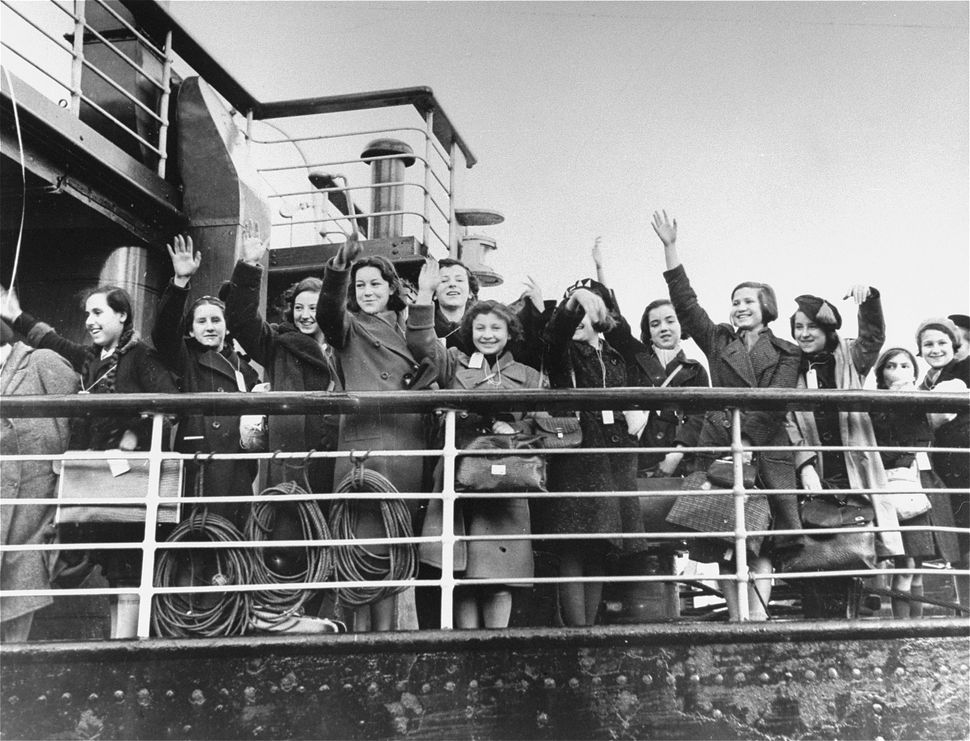 (JTA) — A group of children saved from the Nazis by Sir Nicholas Winton, known as the “British Schindler,” unveiled a monument in Prague to their parents.

The monument, called the Farewell Memorial, is comprised of a replica of a train door from 1939, with the imprints of hands of children on one side, and of parents on the other, the Associated Press reported. The memorial was dedicated at Prague’s main train station on Saturday.

Most of the children saved by Winton, who arrived in Britain on the Kindertransport and were taken in by British foster families, never saw their parents again.

Winton, the baptized son of Jewish parents, was a 29-year-old stockbroker when he arrived in Prague in December 1938. He was planning to go on a skiing holiday in Switzerland, but changed his plans when he heard about the refugee crisis in Czechoslovakia, which had just been occupied by the Nazis. In the following nine months he organized eight trains that carried 669 children from Czechoslovakia to safety in Britain.

Winton’s heroism was unremarked until the 1980s, when his wife found evidence of the rescues. The discovery led to a reunion with some of the children, a documentary, and many honors, including a knighthood.