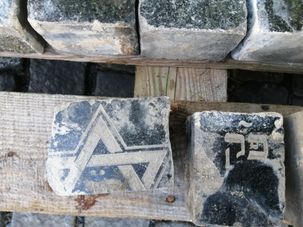 The stones were unearthed during redevelopment work in the Czech capital’s iconic Wenceslas Square. 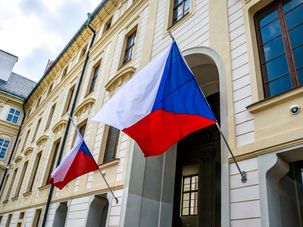 The Czech parliament voted in May to call on the government to recognize Jerusalem as Israel’s capital. 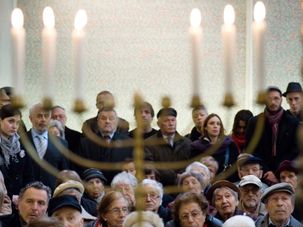 Why We Can Walk Without Fear in Prague

In Prague, anti-Semitism is virtually unknown. Why has the Czech Republic been so successful at stamping out hatred compared to its neighbors in central Europe?

A plaque honoring Jewish industrialist Emil Kolben was erected in the Czech capital.

The publishers of a book containing Adolf Hitler speeches were cleared of hate-crime charges in the Czech Republic, spurring concerns from the country’s Jewish community. 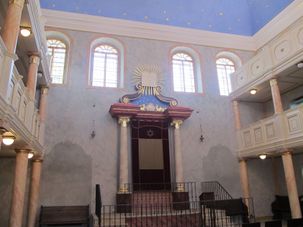 No Jews have lived in Nova Cerekev since the Holocaust. But driving into the nondescript little town 80 miles from Prague, you still can’t miss the synagogue.

You’ve Got a Friend: Why the Czech Republic Voted with Israel

“We lost Europe,” was the way one Foreign Ministry official put Thursday morning when Germany announced it would abstain on Palestinian non-member observer state status, rather than vote against it. Indeed, twelve European Union member states elected to abstain altogether — including the United Kingdom, Poland, and the Netherlands — while fourteen voted in favor, amongst them France, Spain, and Italy.

A Jewish judicial expert on extremism in the Czech Republic has quit his job after having been accused of being biased because of his Jewish background. According to Radio Prague, Michal Mazel’s resignation followed the filing of an objection by lawyer Petr Kočí on behalf of his client, a member of the extremist Workers’ Party for Social Justice. The lawyer’s 22-year-old female client had been charged with inciting ethnic hatred. 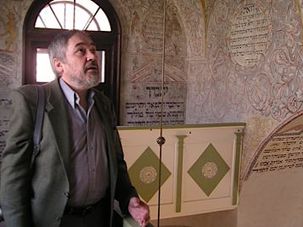