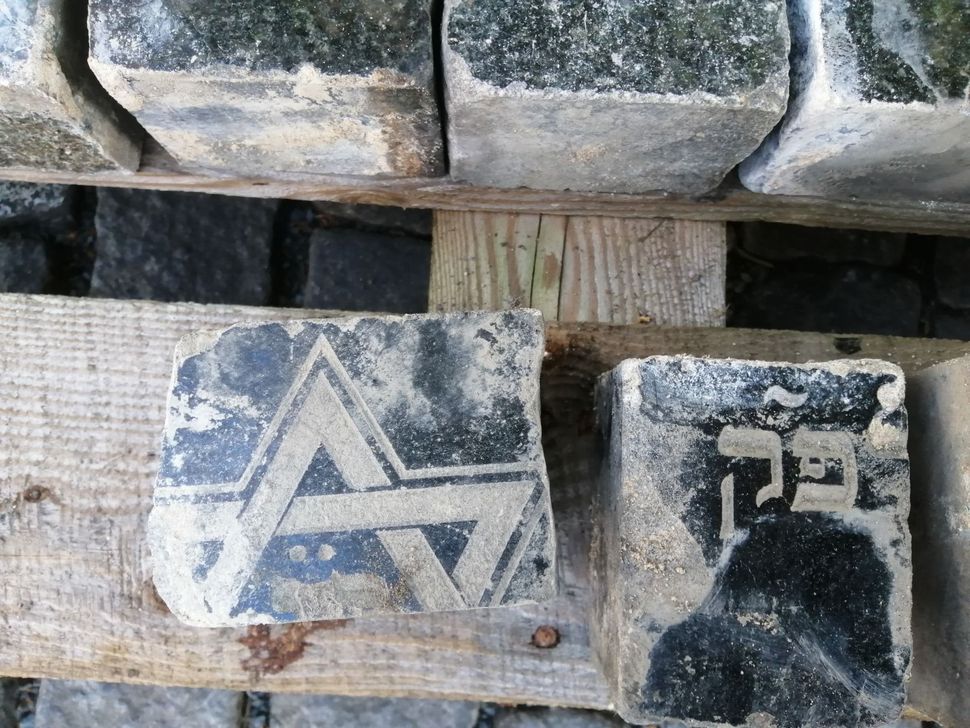 It was first reported in English by The Guardian.

Rabbi Chaim Koci, a senior official with the Prague rabbinate, saw workers digging up cobblestones whose undersides were covered with Hebrew letters, Stars of David and dates, The Guardian reported. Other stones were blank but had polished surfaces that indicated they had also been taken from cemeteries.

“We feel this is a victory for us because until now this was just a rumor. Maybe there were Jewish stones here, but nobody knew,” said Koci, who had been at Wenceslas Square beginning early Tuesday to witness the stones being dug up.

“It’s important because it’s a matter of truth. We are making something right for the historical record. These are stones from the graves of people who were dead for maybe 100 years and now they are lying here. It’s not nice.”

The Jewish community had asked the Prague City Council to be allowed to send a representative to witness the digging up of the cobblestones in order to confirm the persistent rumor. They appear to have been taken from several cemeteries. Dates on the stones range from 1877 to the 1970s.