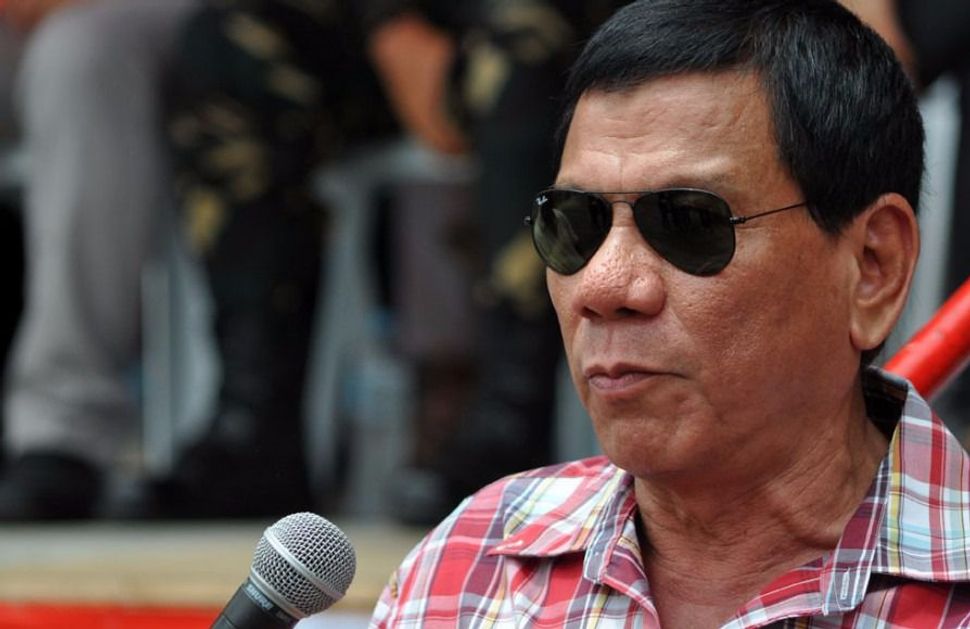 After Chelsea Clinton criticized him for making a rape joke, Filipino President Rodrigo Duterte hit back at her – with a riff about Monica Lewinsky.

“I will tell her, when your father, the President of the United States, was screwing Lewinsky… the girl there in White House, how did you feel? Did you slam your father?” he said.

The reference to ex-President Bill Clinton’s liaison with intern Monica Lewinsky came after Chelsea Clinton savaged Duterte on Twitter for making light of rape and embracing strongman tactics in his anti-drug efforts.

“Duterte is a murderous thug with no regard for human rights. It’s important to keep pointing that out & that rape is never a joke,” she wrote on Twitter last Friday.

The Filipino president, who has ordered the extralegal killings of thousands of alleged drug users and dealers, joked to troops in a speech last week that they could rape women with impunity under a new martial law provision.