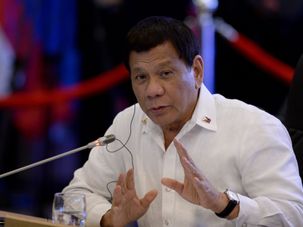 The occasion will mark the first visit to Israel by a president of the Philippines. 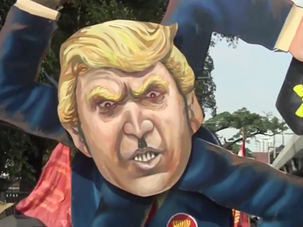 The effigy’s four arms, in the shape of a swastika, each hold a nuclear bomb, a gun, a bag of money and a backhoe. 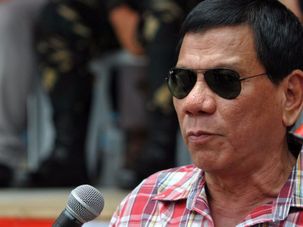 Duterte mocked Clinton over her father’s affair with Lewinsky after the first daughter criticized the Filipino president for making a rape joke.

— The president of the Philippines, Rodrigo Duterte, told President Donald Trump that he may not be able to visit the White House because he is “supposed to go to” Israel and Russia. Responding to Trump’s invitation on Saturday to visit the United States, Duterte said on Monday, “I cannot make any definite promise. I’m supposed to go to Russia;… 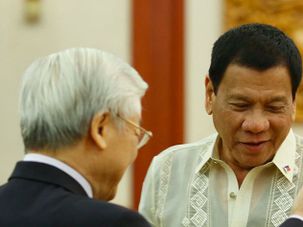 (JTA) — Philippines president Rodrigo Duterte apologized to members of the country’s Jewish community for suggesting that he would kill as many drug dealers as Adolf Hitler did Jews. “Please accept my apology. It will never happen again,” Duterte said Tuesday at the Beit Yaacov Synagogue in Makati, a city in the Manila metropolitan area where the…

Philippines President Compares Himself To Hitler in Anti-Crime Rant

Philippines President Rodrigo Duterte appeared to liken himself to Nazi leader Adolf Hitler on Friday and said he would “be happy” to exterminate three million drug users and peddlers in the country.