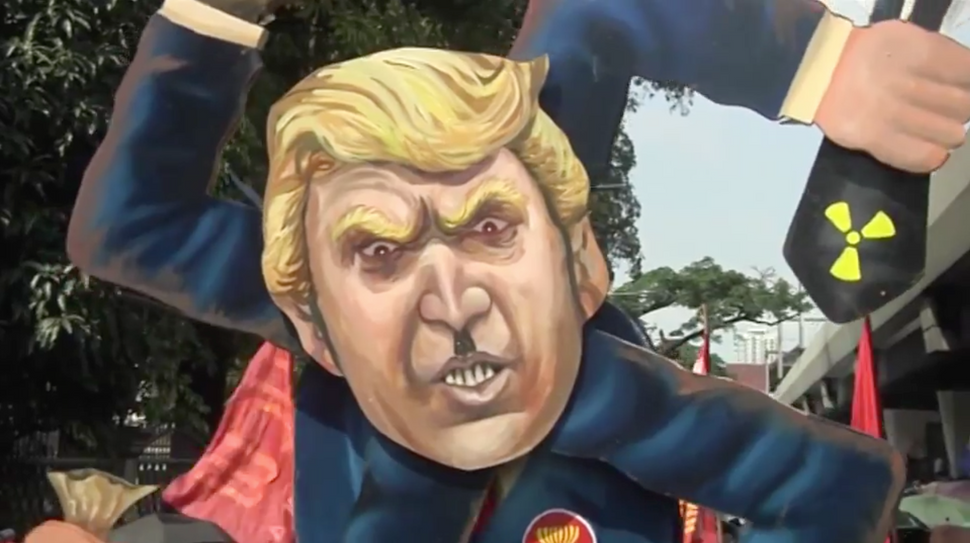 Protesters in the Philippines burned a 13-foot tall effigy of Donald Trump dressed as Hitler, complete with twirling swastika arms, the Mirror reported. The burning came ahead of Trump’s meeting with the Philippine President Rodrigo Duterte, who has been widely accused of human rights violations in his so-called “war on drugs.”

The effigy’s four arms, in the shape of a swastika, hold a nuclear bomb, a gun, a bag of money and a backhoe. Philippines activists burned an effigy of Duterte-as-Hitler in September.

The protesters met with riot police as they tried to make their way to the U.S. embassy. The police used water canons to turned the protesters away.