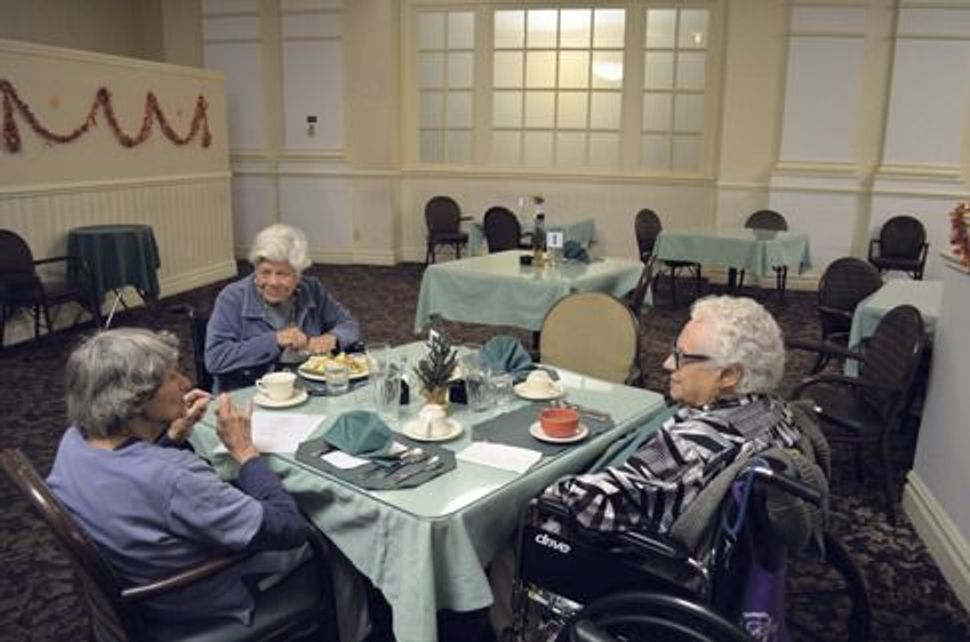 Three of the last few residents at Prospect Park Residence in the largely vacant dining room. Image by indypendent.org

After a landlord’s mass eviction at a heavily Jewish Brooklyn nursing home caused panic three years ago, the Legal Aid Society is suing the state’s Department of Health to keep it from happening again, the Daily News reported Thursday.

The suit stems from the 2014 effort to evict seniors from the Prospect Park Residence in Brooklyn. Advocates fought those evictions, effectively postponing them by three years before winning residents significant cash payouts.

The Health Department said in a statement to the paper that it had acted appropriately with regard to the evicted seniors. “As part of the department’s oversight of Prospect Park Residence, all federal and state laws pertaining to the operation of the facility and resident’s rights were followed,” the department said.