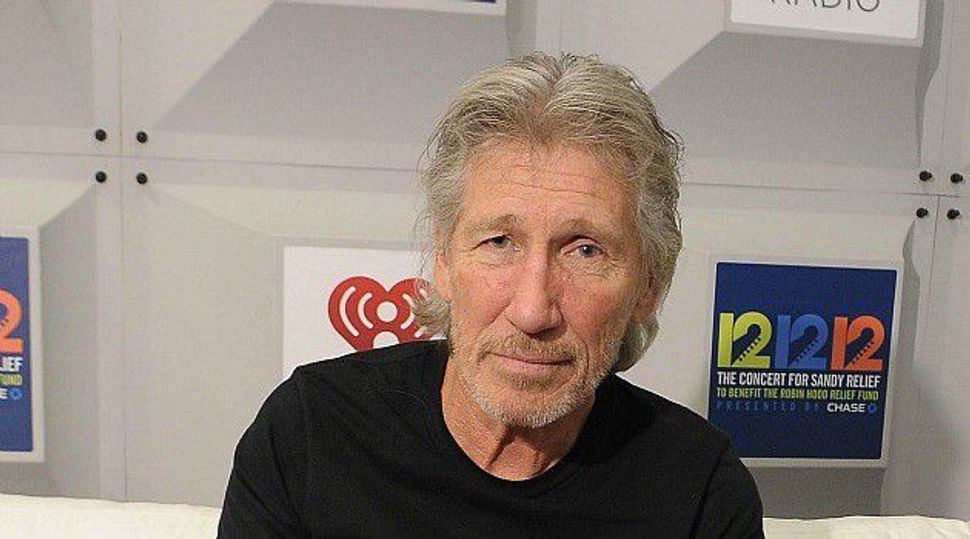 Roger Waters, of Pink Floyd fame, has thrown his name behind a cultural boycott of Israel. Image by Getty Images

(JTA) — Roger Waters said he personally reached out to Radiohead frontman Thom Yorke requesting that the band cancel its upcoming show in Israel.

Waters — the Pink Floyd guitarist who is a leading proponent of the Boycott, Divestment and Sanctions movement against Israel — was responding to an interview Yorke gave to Rolling Stone last week. In the interview, Yorke objected to an open letter, co-written by Waters, urging the band to cancel the July show.

“The kind of dialogue that they want to engage in is one that’s black or white,” Yorke said. “I have a problem with that. It’s deeply distressing that they choose to, rather than engage with us personally, throw shit at us in public.”

But Waters says that isn’t what happened. In a statement to Rolling Stone, published Monday, Rogers says he sent three emails to Yorke before publishing the open letter.