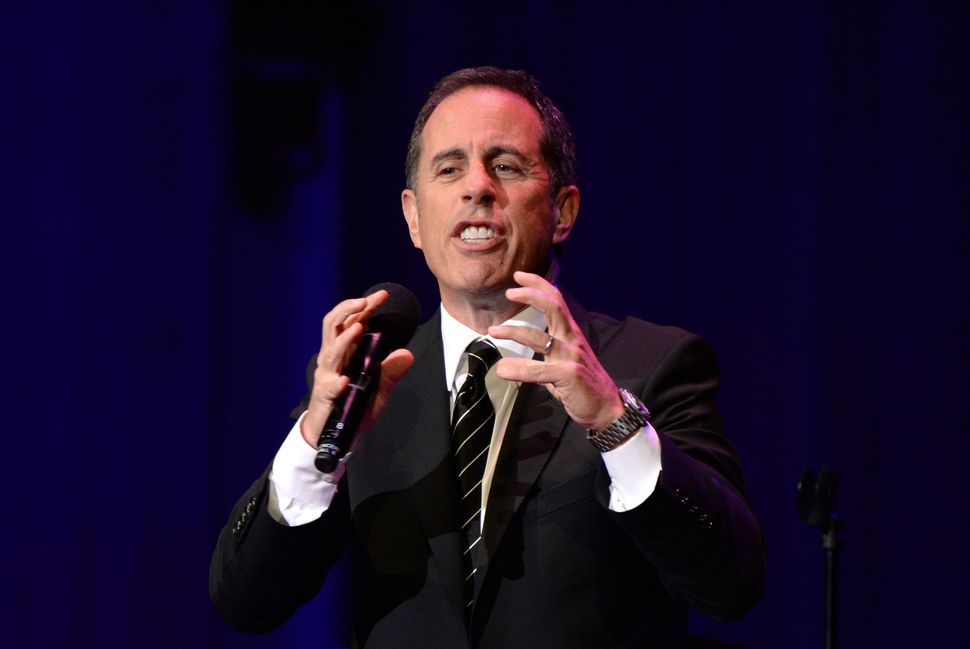 In an interview with People at the National Night of Laughter and Song in Washington D.C., Seinfeld said, “It was another bad joke. Every comedian tells bad jokes. We all do it. That’s how we find the good jokes. So someone told a bad joke – so what, I don’t understand the big deal.”

Seinfeld joins Jim Carrey in coming to the comedian’s defense. Last week, Carrey told Entertainment Tonight, “It is the job of a comedian to cross the line at all times, because that line is not real.”

The only question now is will Griffin recover from the Bad Joke Heard ‘Round The World?

And more importantly, was Jerry Seinfeld’s refusal to hug Kesha also a bad joke – or a declaration of war?