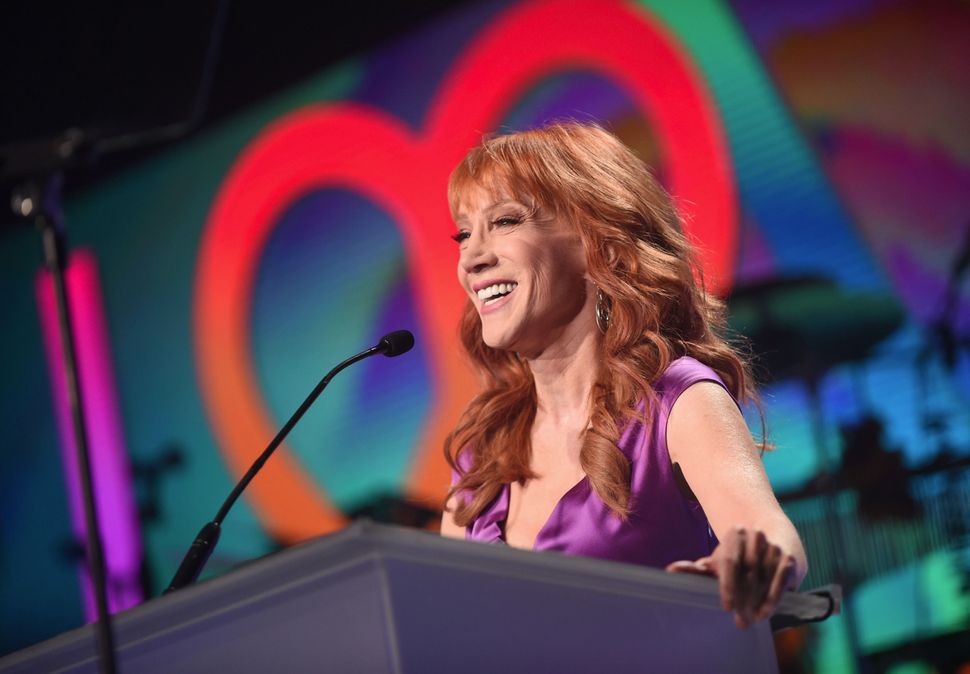 The past 24 hours has been a true rollercoaster for Kathy Griffin, who wanted nothing more than to tweet out a picture of herself holding a replica of Donald Trump’s bloody head in peace. Unfortunately, she got much more than the laugh she was hoping for. Conservatives and liberals alike lashed out at the comedian for the image and, although she quickly deleted the tweet and offered up a video apology in its place, it doesn’t look like the backlash will be subsiding any time soon.

I am sorry. I went too far. I was wrong. pic.twitter.com/LBKvqf9xFB

Both a representative for CNN and Anderson Cooper condemned the shoot. Cooper called it “disgusting and completely inappropriate” in a tweet and CNN said it would be cutting ties completely with Griffin. That means CNN’s famous New Year’s Eve special will be airing this year minus one Kathy Griffin.

But a severed relationship (pun absolutely intended) with CNN might be the least of Griffin’s concerns. TMZ reports that the gruesome photo shoot has captured the attention of the Secret Service, who are now investigating Griffin for her indiscretion.

Griffin may be sorry but what’s unclear is whether the apology will be enough to save her career.