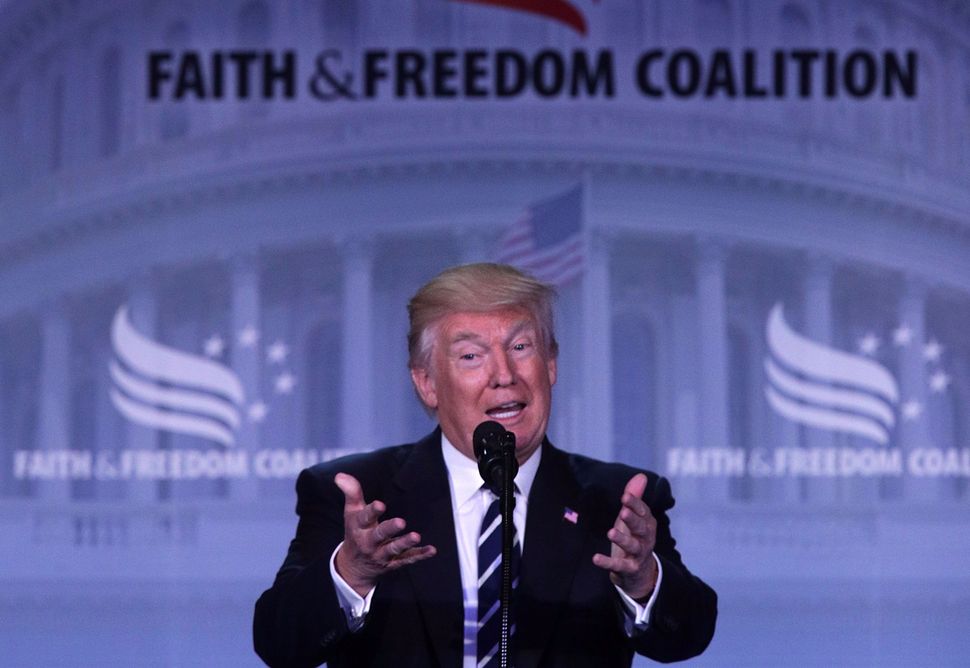 President Donald Trump found a friendly audience at the conservative Faith and Freedom Coalition conference, as the nation’s attention was focused on Capitol Hill where fired FBI director James Comey described his interactions with Trump and his dismissal.

The audience, comprised mostly of evangelicals, received Trump warmly, cheered his applause lines about Obamacare and provided the president with a temporary refuge from the news awaiting him back at the White House.

In return for the warm embrace, Trump repeated promises he had made early in his presidency to end the “siege” against conservative Christians, who, he said, didn’t let him down.

“We will always support our evangelical community and defend your right and the right of all Americans to follow and to live by the teachings of their faith,” Trump said, adding that “we are under siege” but reassuring his listeners that “we will come out bigger and better and stronger than ever, you watch.”

Trump repeated his pledge to repeal the Johnson Amendment which prohibits political speech, such as the endorsement of candidates, in the pulpit.