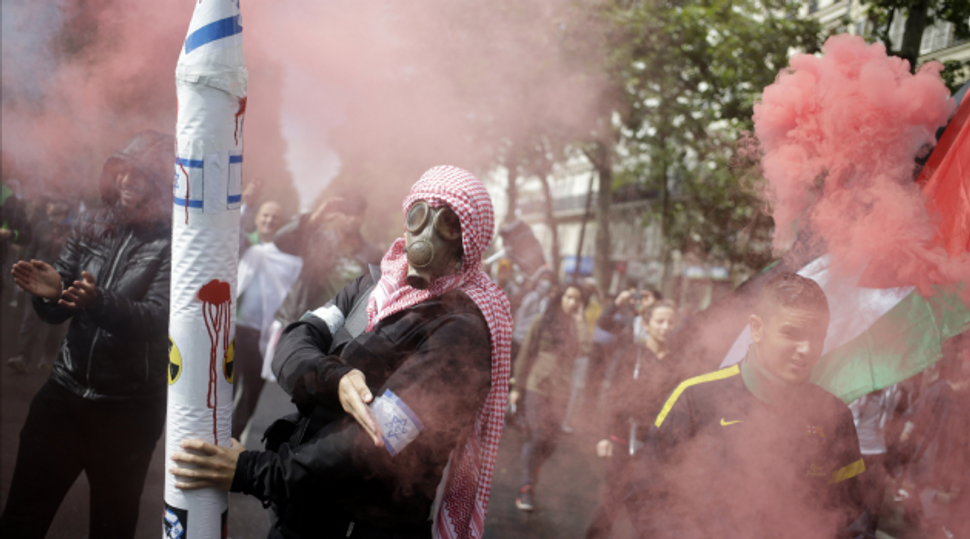 (JTA) — The French-German channel Arte is facing criticism for deciding not to broadcast a documentary called “Chosen and Excluded — Jew Hatred in Europe.”

Arte’s head of programming, Alain le Diberder, wrote a letter to the Central Council of Jews in Germany on Thursday defending the network’s decision, according to Deutsche Welle.

Diberder’s said that the documentary was supposed to focus on rising anti-Semitism in countries such as Norway, Sweden, the United Kingdom, Hungary and Greece. Arte, which is jointly owned by France and Germany’s public broadcasting agencies, claims that the film instead “concentrates primarily on the Middle East.”

The film’s director Joachim Schroeder told The Jerusalem Post on Tuesday that Arte failed to recognize that “modern anti-Semitism is anti-Zionism.”

“You can’t make a film on anti-Semitism [on European television] without saying every three minutes that the Palestinians are the victims of Israelis,” Schroeder said.

Schroeder told the Post that he “delivered” by covering anti-Semitism in Germany and France in the film.