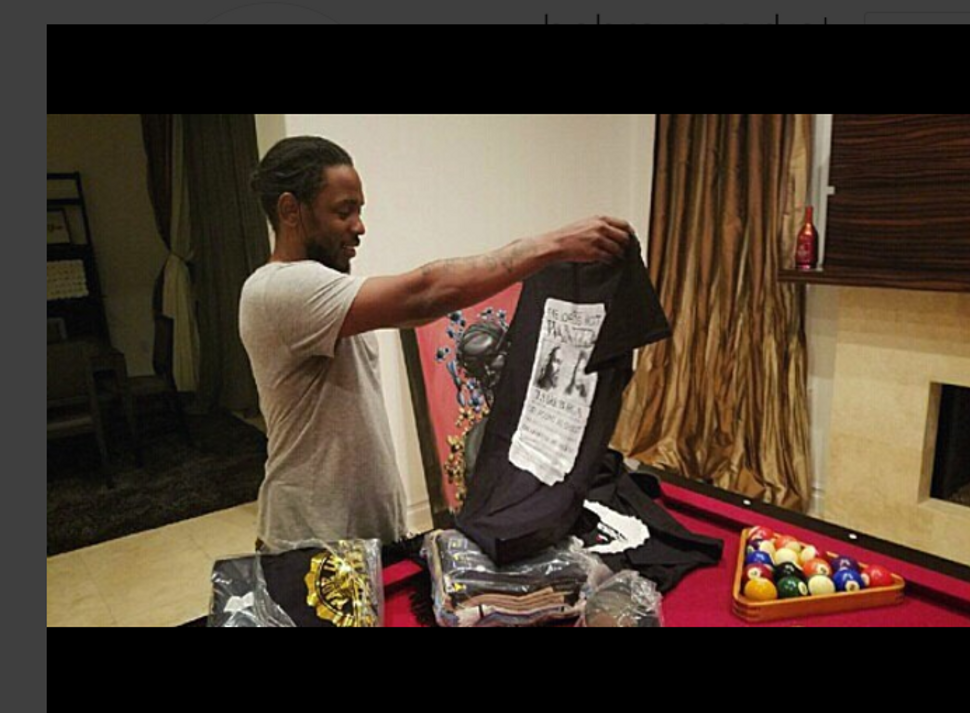 Rap star Kendrick Lamar may be getting a new wardrobe — from a Hebrew Israelite clothing line.

Hebrew Market, an online design company, posted an Instagram photo of Lamar holding one of their t-shirts on June 8.

DAMN. Even @kendricklamar has his Hebrew Market gear. Have you ordered your “Lord’s Most Wanted” tee? Don’t be left out, place your order at www.hebrewmarket.com

The Hebrew Market shirt is decorated with a mock “wanted poster” that calls a common depiction of Jesus as a white man an act of “mental terrorism” and “identity theft.”

“If you see this man’s image in your churches, flee immediately!” the text on the shirt reads. “Please contact the Israelites, the prophets of the Most High God.”

The same clothing company sells shirts that read “God is black, so is his son, so are his people.” Hebrew Market advertises itself as “a venue where you as an Israelite can purchase any and everything that identifies you with your true nationality.”

Hebrew Israelites are people of color, mostly African American, who identify as genealogical descendants of the biblical Israelites. Lamar’s cousin belongs to an Israelite organization called Israel United In Christ that calls Jesus the Messiah. While Lamar is not an official member of that group, the rapper included multiple references to Israelite beliefs on his most recent album.