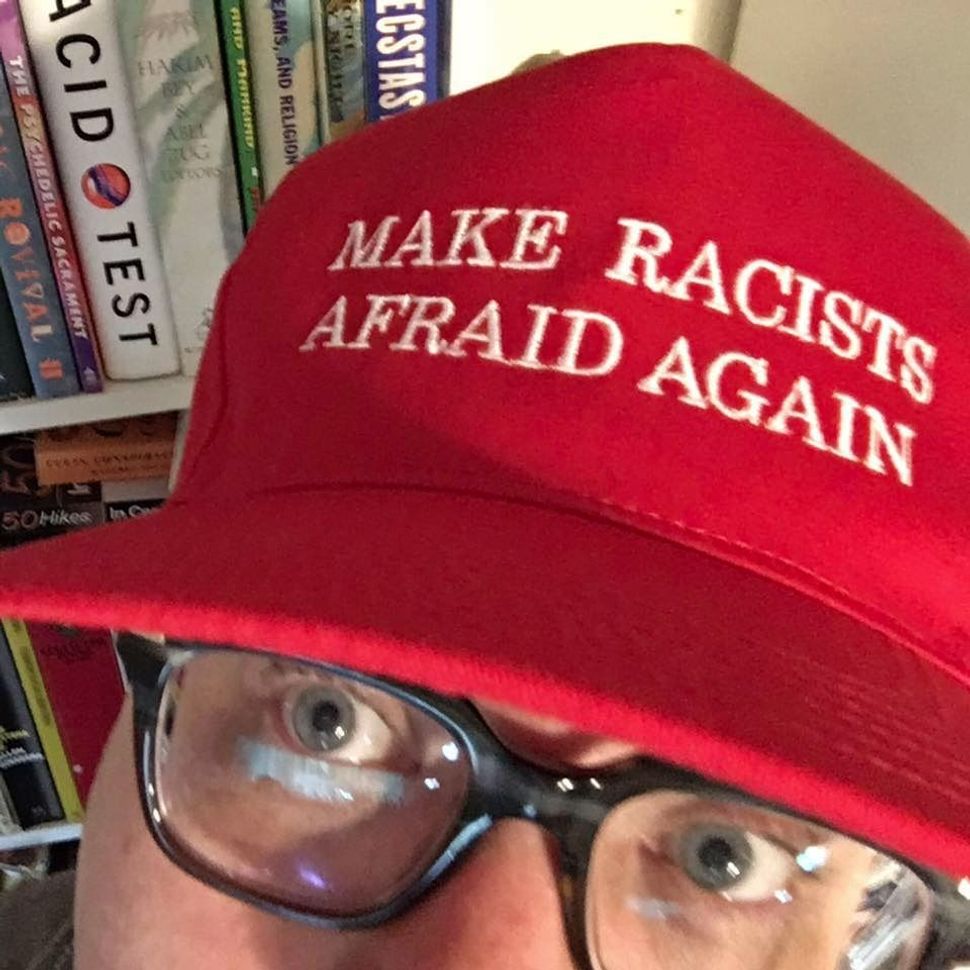 The activist and author called “antifa’s most prominent Jew” has been booted off Twitter.

“So Twitter gave in to the Nazis apparently and suspended my account,” Daniel Sieradski wrote in a public note describing the June 8 suspension of his account. “I had the temerity to fight hate on their platform when they won’t.”

Twitter may suspend an account for any number of reasons, including reports of abusive behavior. While it is not clear why Sieradski’s account was shut down, he believes the suspension is possibly the result of what he calls an “ongoing targeting” by Baked Alaska, the activist best known for his public ouster from an “alt-right” convention. It may also be because of tweets Sieradski directed at Courtney Love after a heated exchange with pro-Palestinian activist Linda Sarsour.

Before his account was suspended, Sieradski’s banner image depicted a baseball bat marked with block letters that read “fash basher.” “Fash” is short for fascist. The Twitter profile also displayed the antifa flag and a modified anarchy symbol, combined with the Star of David.

Sieradski was a prominent Jewish protestor during Occupy Wall Street and also founded the Jewschool website. Last year, in response to an anti-Semitic Google Chrome extension created to single out Jews online, Sieradski created his own extension called the “Nazi detector” to identify alleged white supremacists.