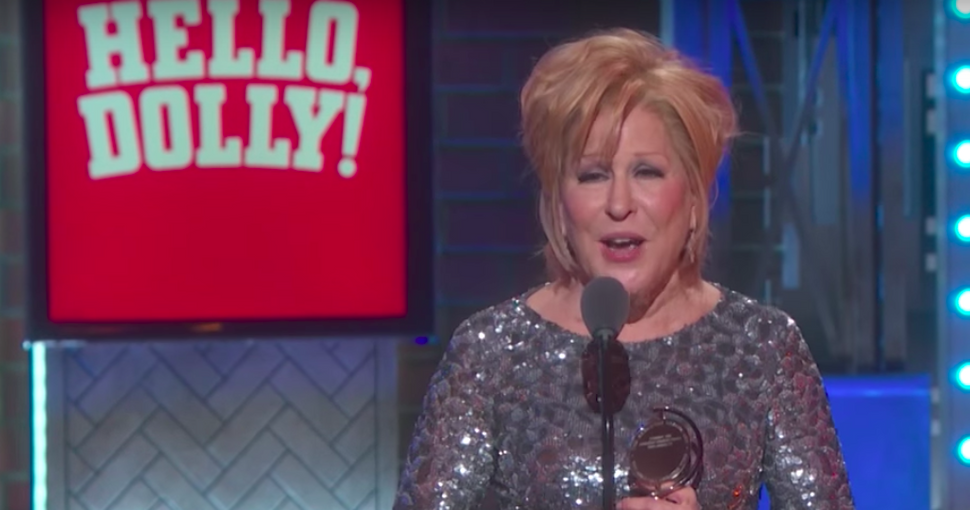 After scooping her first ever acting honor, the feisty “Hello Dolly!” actress kept right on going even as the band tried to play some music to cue that her time on stage was up.

“Shut that crap off,” Midler said to roars from the rapt audience.

Midler went on for a healthy four minutes in all, paying homage to trailblazing women actresses and even suggesting that Broadway can help the nation in troubled times.

“This thing can lift your heart in these terrible, terrible times,” she said.