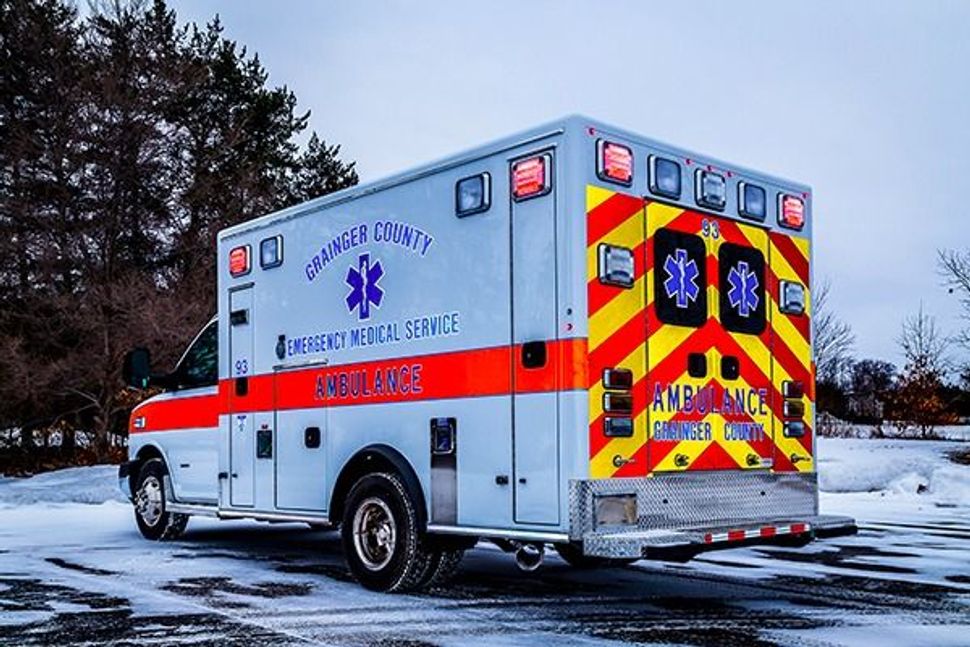 (JTA) — A Jewish paramedic in Tennessee has filed a civil rights lawsuit against his former employer for making disparaging remarks about his faith and then firing him for complaining.

Joshua Jenkins was fired in March 2016 after working for the Grainger County Ambulance Service for two years. He is asking for $500,000 in compensatory damages and back pay.

“On or about September 12, 2015, Mr. Jenkins and Mr. Ritchie were in Mr. Ritchie’s office when Mr. Ritchie commented that if he were not a paramedic, he would open a hot dog stand called ‘Anne’s Franks’ and proceeded to draw a mock logo that included the words: ‘Fire Roasted Anne’s Franks We Jew Hotdogs Since 1945,’” he said, the News Sentinel reported, citing the lawsuit.

The lawsuit also alleges that Donnelly told Jenkins in January 2016 to “get off your lazy Jewish (expletive)” and handle Donnelly’s ambulance calls, according to the newspaper.