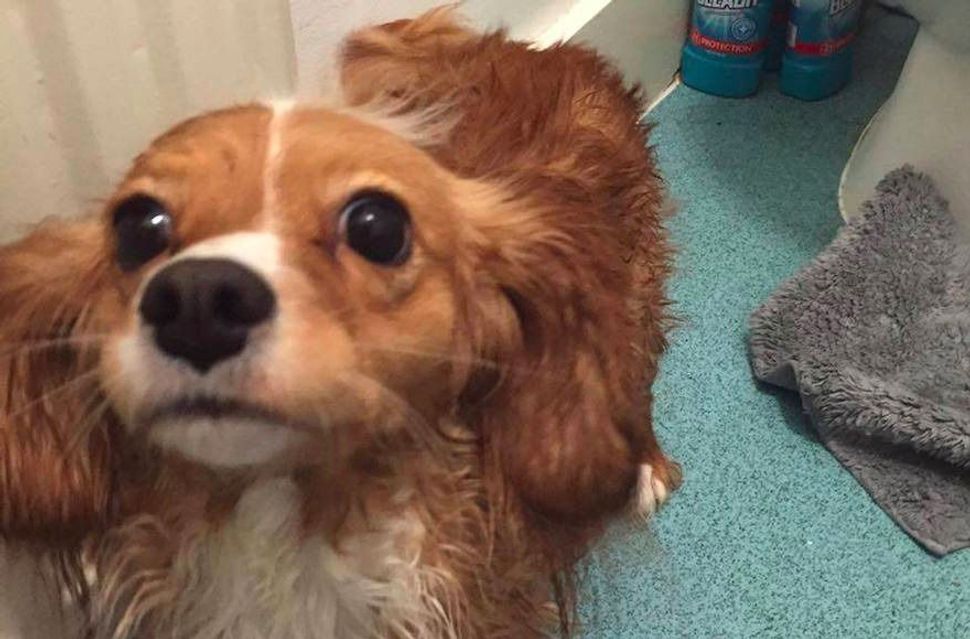 (JTA) — A major fire at a kosher supermarket in London brought forth an unexpected hero: Daisy, a 3-year-old spaniel dog.

Alex Gibson and Charlotte Perren were sleeping in their apartment when the blaze broke out at the Kay’s store downstairs on Sunday morning.

Gibson and Perren, who is pregnant, may have met a tragic fate were it not for the fact that the dog, who belongs to Gibson’s mother, was staying with them. Daisy started barking as the room filled with smoke, rousing the couple. The two managed to escape the building, although Daisy sadly died of smoke inhalation.

Gibson, who broke his foot falling down the stairs, lauded Daisy’s bravery.

“Daisy was our hero,” he told The Jewish Chronicle. “It was fate she happened to be staying with us that night. She saved both of our lives and our neighbors.”

“If it wasn’t for her, I would also be saying goodbye to my son and his partner today,” she told The Chronicle. “She was amazing. She died looking after them both.”