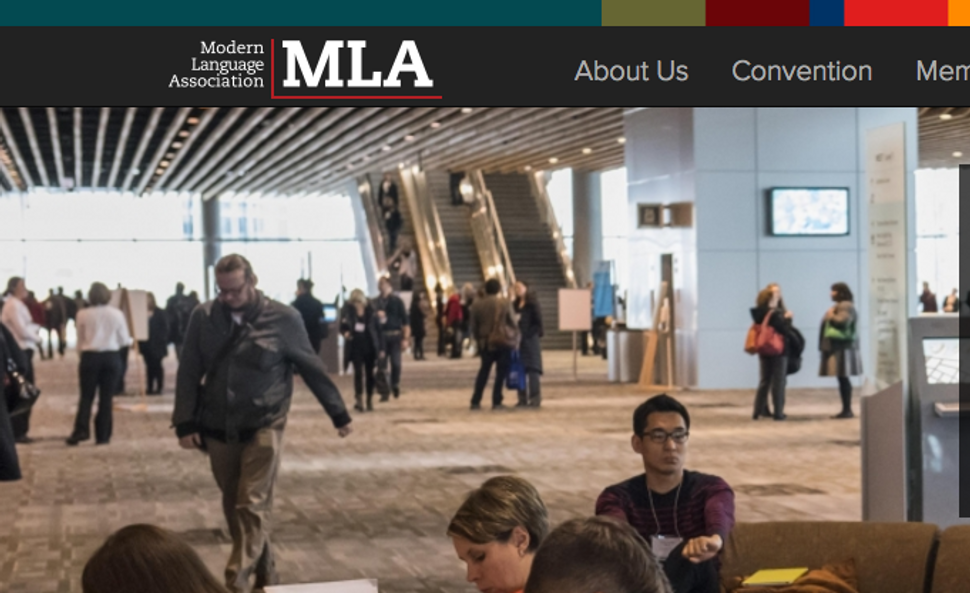 (JTA) — The members of the Modern Language Association have voted to reject academic boycotts of Israel.

The MLA announced Wednesday that the resolution passed by a vote of 1,954 to 885. A vote of ten percent of the organization’s more than 18,000 eligible voting members was needed to pass the resolution and make it association policy, a threshold that few resolutions have been able to pass, according to Inside Higher Education.

“Whereas the boycott’s prohibition of the evaluation of work of individual Israeli scholars conflicts with Resolution 2002-1, which condemns boycotts against scholars; and

“Whereas endorsing the boycott could curtail debates with representatives of Israeli universities, such as faculty members, department chairs, and deans, thereby blocking possible dialogue and general scholarly exchange;

“Be it resolved that the MLA refrain from endorsing the boycott.”

Resolutions calling for an academic boycott of Israeli universities routinely come before the MLA executive and membership and have been voted down.

Several other academic groups in the United States, including the American Studies Association, have passed resolutions calling for an academic boycott of Israel. Last June, the membership of the American Anthropological Association narrowly defeated a resolution to boycott Israeli academic institutions.