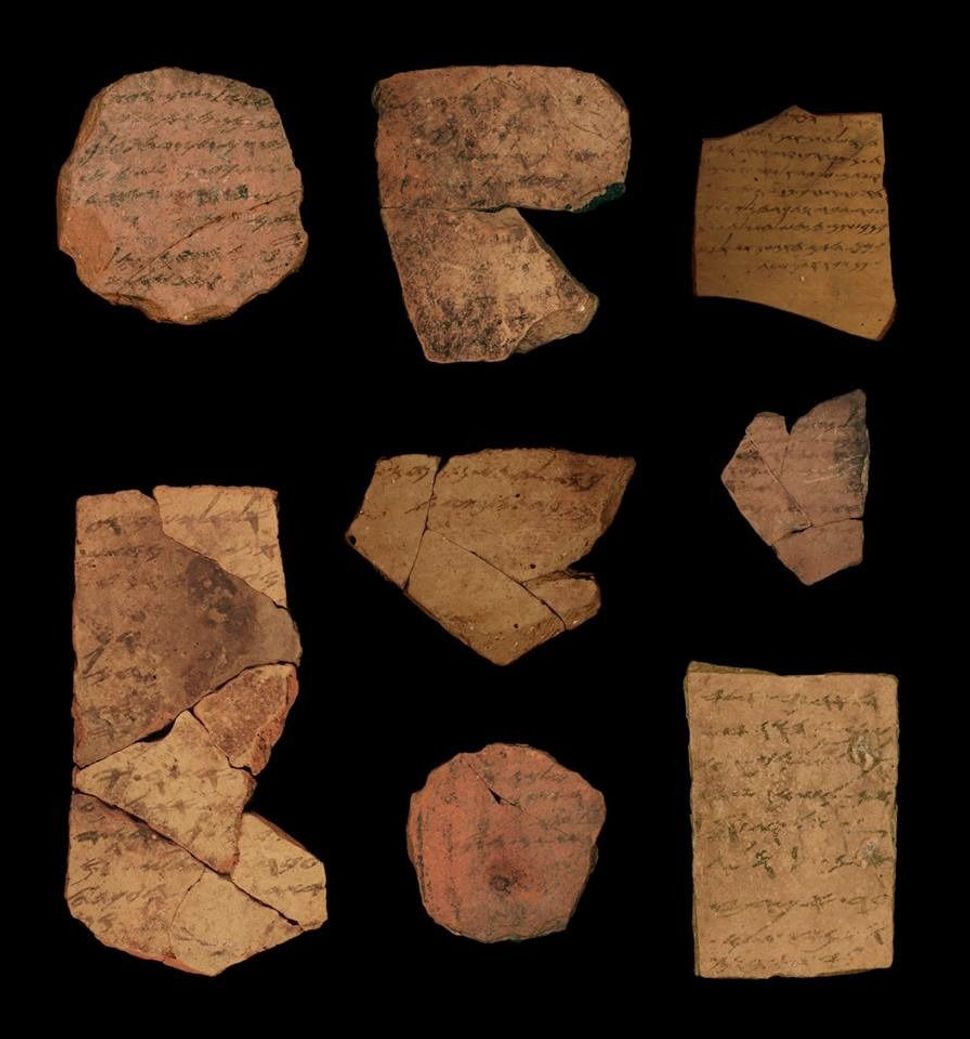 Ostraca from the Tel Arad site. Image by Facebook

Talk about photogenic: A group of Israeli scientists has engineered a way to read hidden writing on 2,500-year-old pottery shards using a modified digital camera.

The shards, which date to the First Temple period, were discovered in the 1960s near the Dead Sea. They were once pored over by scholars looking for still-visible words and sentences that describe life in the ancient Jewish kingdoms. Since then, however, they have been displayed in the Israel Museum, presumed to be of little further use.

But by taking pictures of the shards in a dark room using different light wave filters attached to their digital camera, the scientists were able to see previously-invisible words and phrases.

The newly-discovered inscriptions describe daily dealings of a military outpost near Tel Arad, and include numbers for orders of wine and flour as well as correspondence with the high command in Jerusalem.

The scientists involved in the experiment have hailed their system’s ease of use.

“It means that every university or archaeological dig can build the camera,” Arie Shaus, a PhD. in mathematics who was a member of the Tel Aviv University team, told the Times of Israel.

“We thought we had a great technique,” added mathematician Barak Sober, “but it turns out that we looked for she-asses and found a kingdom.”