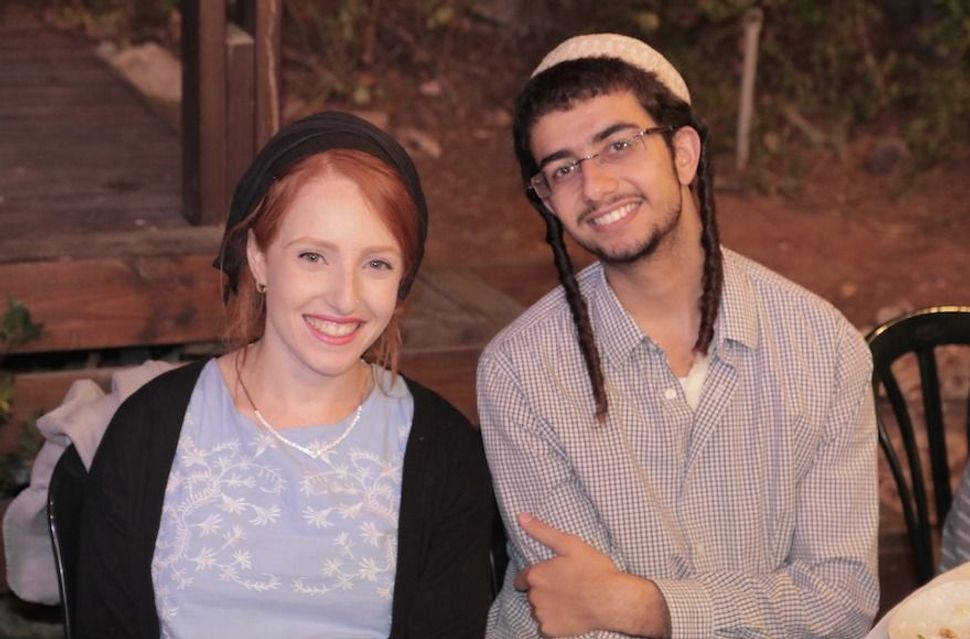 Renana Meir, the daughter of terror victim Dafna Meir, with her husband Or Cohen. Image by Meir Pavlovsky

(JTA) — Renana Meir, who witnessed the murder of her mother Dafna in in a terror attack in their home last year, was married in a ceremony near Jerusalem on Sunday.

Dafna Meir, 38, a mother of four and foster mother of two young children, was stabbed to death at the entrance of her home by a teenage Palestinian attacker. She was fighting off her attacker in what is believed to have been an attempt to save three of her children who were in the house at the time.

Renana Meir’s marriage to Or Cohen was celebrated at an event Wednesday hosted by OneFamily, an organization that represents bereaved families of terror victims. The guests at the event, known as a “sheva brachot,” included David Hatuel, whose four daughters and first wife, Tali, were murdered in a shooting terror attack in 2004, and Meir Pavlovsky of Kiryat Arba, who was badly wounded in a stabbing attack in Hebron a year and a half ago.

Renana Meir is a volunteer for OneFamily.