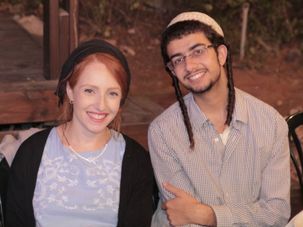 Others who lost family to terror attacks were present at the wedding of Renana Meir, whose mother died saving her children’s lives from an attacker. 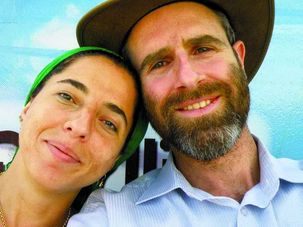 JERUSALEM — Natan Meir, whose wife Dafna was killed in a terror attack in their home, was married in a ceremony in Jerusalem. Only close fa… 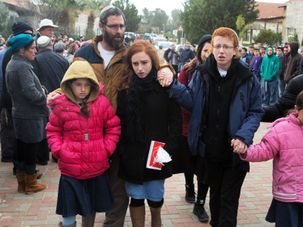 JERUSALEM (JTA) — A Palestinian teen has been convicted in an Israeli military court in the brutal murder of Dafna Meir, a mother of six, in her West Bank home. The Palestinian attacker, 16, was convicted of murder and illegal possession of a weapon on Monday in Judea Military Court, the IDF announced on Tuesday…. 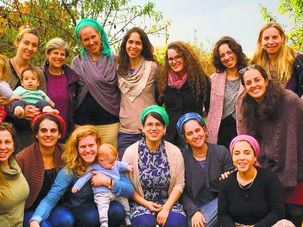 Dafna Meir was more than just a devoted wife, mom of six, and victim of a terrifying terror attack in a West Bank settlement. Naomi Zeveloff reports she spearheaded a fertility awareness movement — and even ran a secret “diaphragm underground” for Orthodox women. 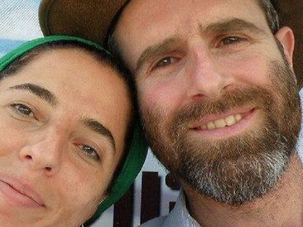 How the Left's 'Yes, But' Mourning for Slain Israelis Actually Hurts Palestinians

Why do many leftists utter only half-hearted lamentations when certain Israelis are killed? Eetta Prince-Gibson says such behavior isn’t doing Palestinians any favors.

The Palestinian teenager who stabbed a mother of six to death in her West Bank home was under the influence of Palestinian television, the Shin Bet security service said.

The husband of Dafna Meir, the mother of six who was killed in her home while fighting off a Palestinian assailant, called on Jews and Palestinians to “look for what unites us.”

Israeli Prime Minister visited the grieving husband and six kids of slain settler mom of Dafna Meir — and vowed to destroy the family home of her alleged teen killer and to take away their work permits, Israeli media reported Tuesday.