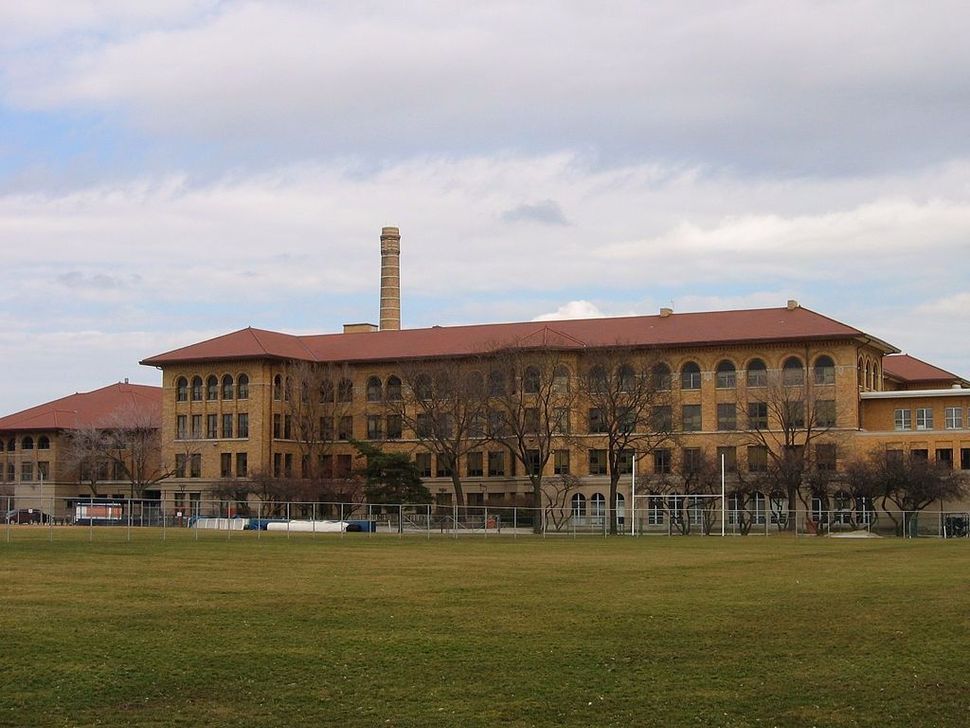 Swastika graffiti was discovered and quickly removed from the lobby of Oak Park and River Forest High School in suburban Chicago, according to a statement released by the school on Monday. Image by Wikimedia Commons

A small sketch of a swastika was discovered on a window ledge in the lobby of a suburban Chicago high school and later removed, according to a Monday letter sent by the school’s superintendent.

A parent noticed the drawing at Oak Park and River Forest High School in Oak Park, Illinois and alerted a security staff member, who reported it to the buildings and grounds staff, according to a follow-up statement issued by the school on Tuesday.

Even though there was a security camera nearby, the lobby is often crowded and the swastika was too small — roughly one inch — to discern when it was drawn, according to the Tuesday statement.

“Let us be clear: Hate has no place at Oak Park and River Forest High School,” Pruitt-Adams wrote in the letter. “We, as a school community, stand for respect and inclusion.”