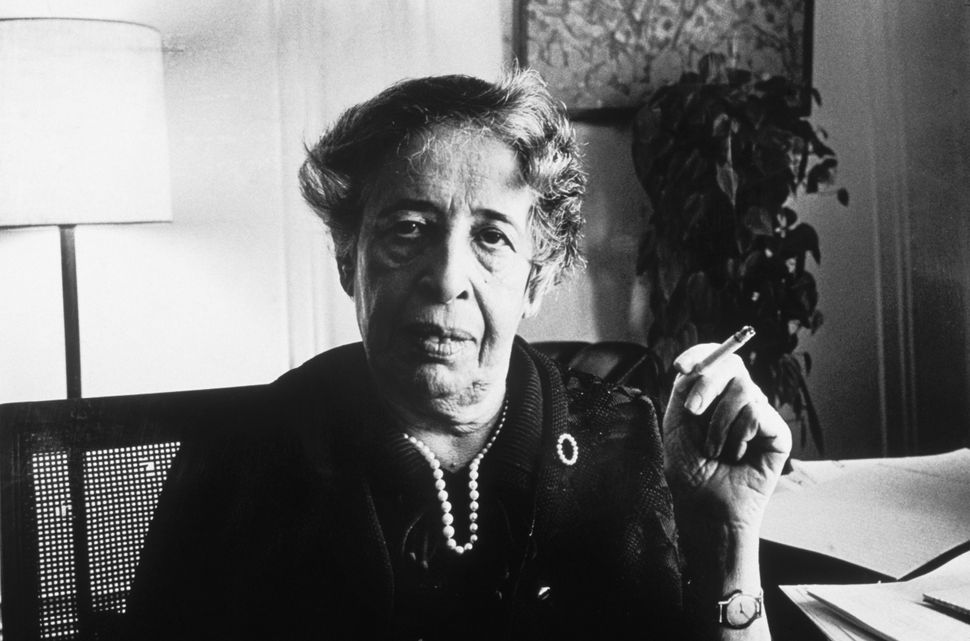 In 1951, the Jewish philosopher Hannah Arendt published “The Origins of Totalitarianism,” her 600-page twin study of Nazism and Stalinism. The book received rave reviews; Norman Podhoretz, the Jewish New York intellectual, compared it to an epic poem.

Then, 66 years later, in December of last year, Arendt’s book began selling at 16 times its usual rate. In January the book sold out on Amazon.com. Academics and publishers have cited the book’s contemporary appeal as the major factor in its resurgence.

“I think the resurgence in the last year has been around the phenomenon of totalitarianism and that sense that something like a crisis is occurring and we don’t know how to address it,” Lyndsey Stonebridge, an Arendt scholar, told Vox.com.

“What she understood,” Stonebridge added, “is that you don’t need to be a totalitarian state to exhibit the characteristic features of totalitarianism. Her focus was on modern loneliness, the isolated individual who loses a kind of rootedness in the world and therefore is prime material for the takeover of ideology.”