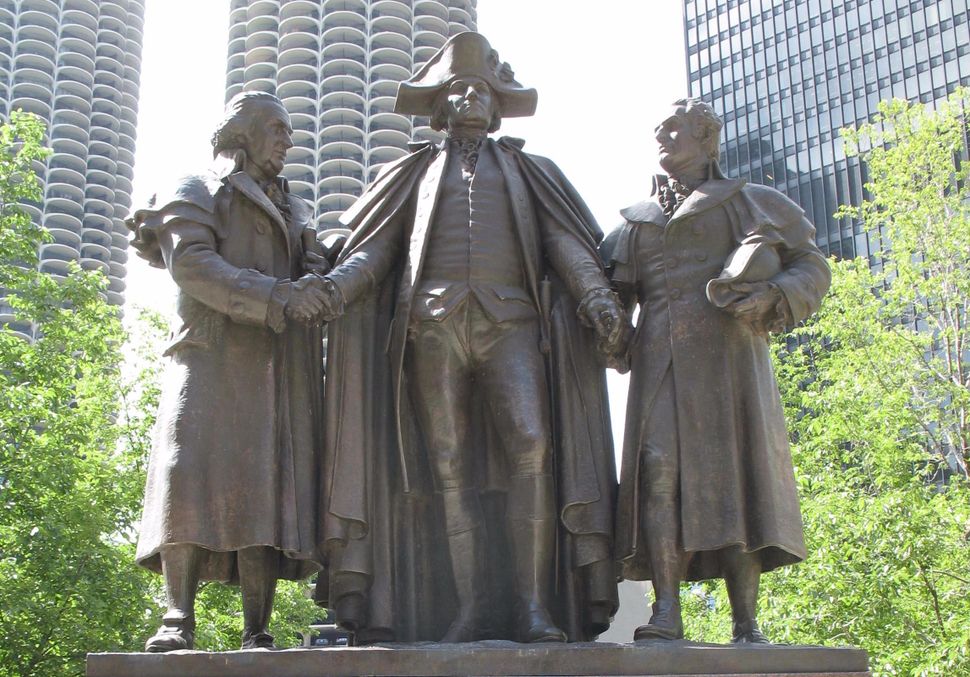 Here’s a Chicago fun fact: You know that statue on East Wacker Drive at Lake Street, right in front of the river, of George Washington with two random colonial guys? Well, the one on the right is Haym Salomon, a Polish-born Jew who funded Washington’s army by negotiating foreign loans at rock-bottom interest rates and then later financed Congress with his own money. (The other guy is Robert Morris, who also helped pay for the revolution and new republic.)

The point of this story? We are Jews, but we are also Americans, and so on Tuesday we should all be watching fireworks or shooting off illegal firecrackers in our alleys (or cringing at the noise of our neighbors shooting off illegal firecrackers in our alleys). If you can stand it, head out to Navy Pier, but you might have a more interesting experience up at Northwestern University in Evanston. That’s where the Iraqi Mutual Aid Society will be gathering for a community picnic at 4:00 PM to raise awareness of the plight of Iraqi refugees and ways Chicagoans can help them. And yes, there will be fireworks.

For a different kind of picnic, go to Jackson Park on Saturday and Sunday for the 27th annual Chosen Few Picnic, the city’s finest celebration of house music and also the most laid back of its many summer music festivals. Bring your own lawn chair, beer cooler, and charcoal grill and relax or dance as you will.