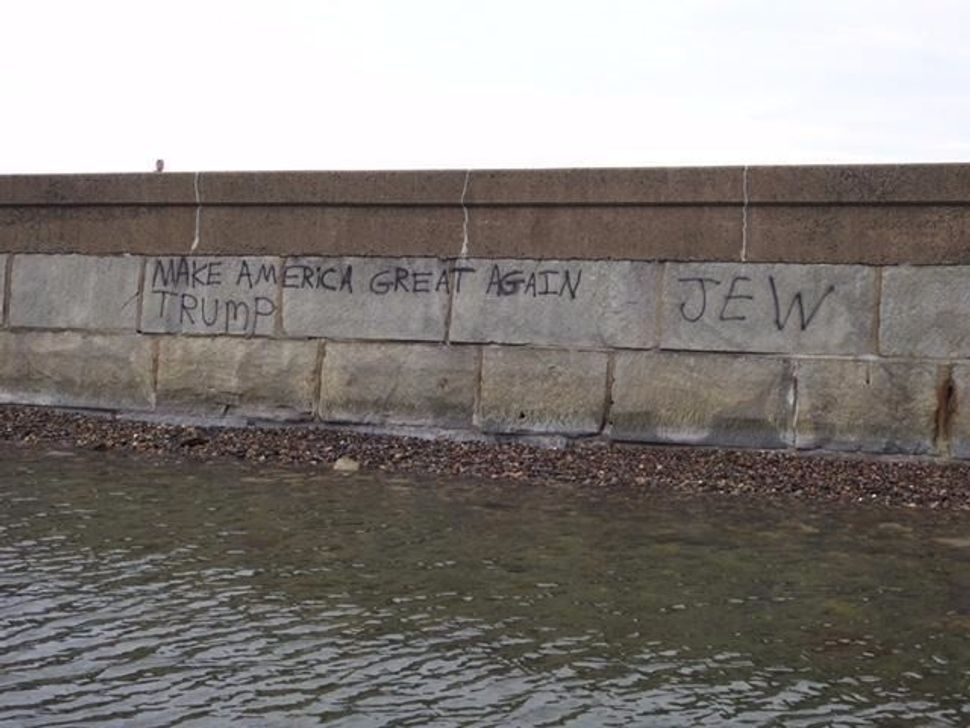 (JTA) — Anti-Semitic and other offensive graffiti were spray-painted on a wall near the harbor in Marblehead, Mass.

A kayaker called local police on Friday evening after seeing the graffiti from the water.

The graffiti included a Star of David and the letters IDF in circles with lines drawn through them, and the phrases “Bernie is a cuck,” “End the Jew” and the Trump campaign slogan “Make America Great Again” next to the word Jew, among others.

City officials and residents are expected to gather near the site of the graffiti at Riverhead Beach in Marblehead on Monday to condemn the graffiti as part of a local Anti-Defamation League–organized rally called Marblehead Unites Against Hate.

Police are investigating the graffiti incident as well as another incident in a section of Seaside Park, where “similarly offensive graffiti was discovered,” local police have said. It is not known if the same vandals are responsible for both sets of data.

Marblehead city workers were able to quickly remove the graffiti once it was discovered, according to reports.