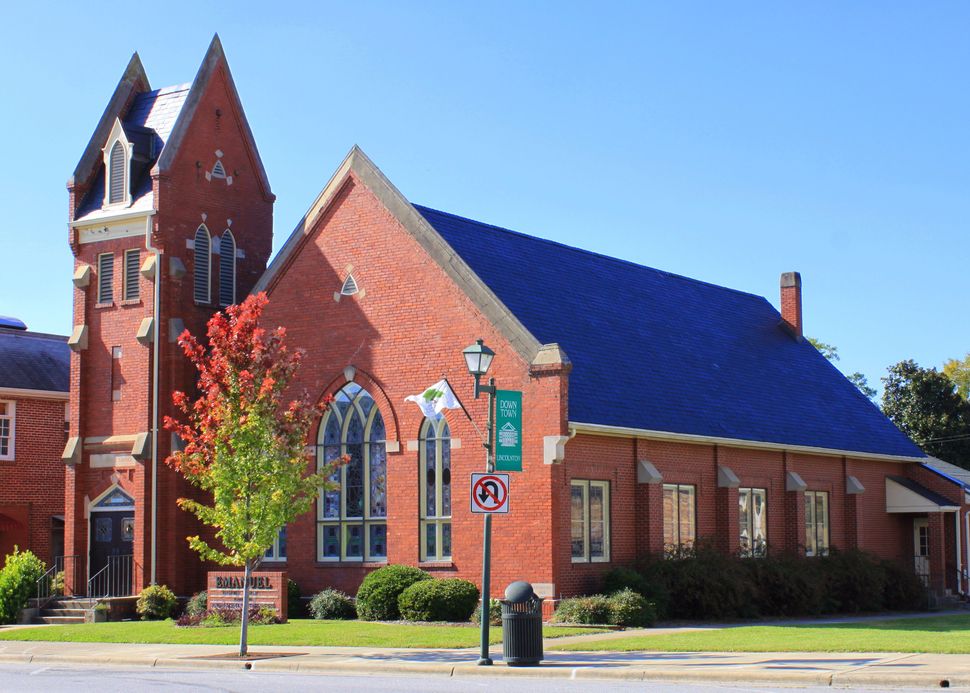 (JTA) — The United Church of Christ overwhelmingly approved a resolution condemning Israel for its treatment of Palestinian children.

The vote Sunday night by delegates at the 31st General Synod of the United Church of Christ in Baltimore was 79 percent in favor, 13 percent against and 9 percent abstaining, according to a statement issued by the UCC.

The resolution calls on Israel to “exercise an absolute prohibition against torture and ill-treatment of detained children.”

It also calls on the United States to withhold military assistance from Israel over what the church says are violations of human rights in its treatment of Palestinian children. The resolution says the churches and members must “learn about the plight of children in Palestine and the State of Israel.”

It comes two years after the church voted to divest from companies that profit from Israel’s control of the West Bank.

Among the abuses names against Palestinian children being held in Israeli prisons tried in Israeli military courts are strip-searches, hand-ties, blind folds, physical violence, verbal abuse, intimidation, solitary confinement and being interrogated without their lawyer or a parent present.

The United Church of Christ says on its website that it has over 5,000 churches and nearly 1 million members across the United States.