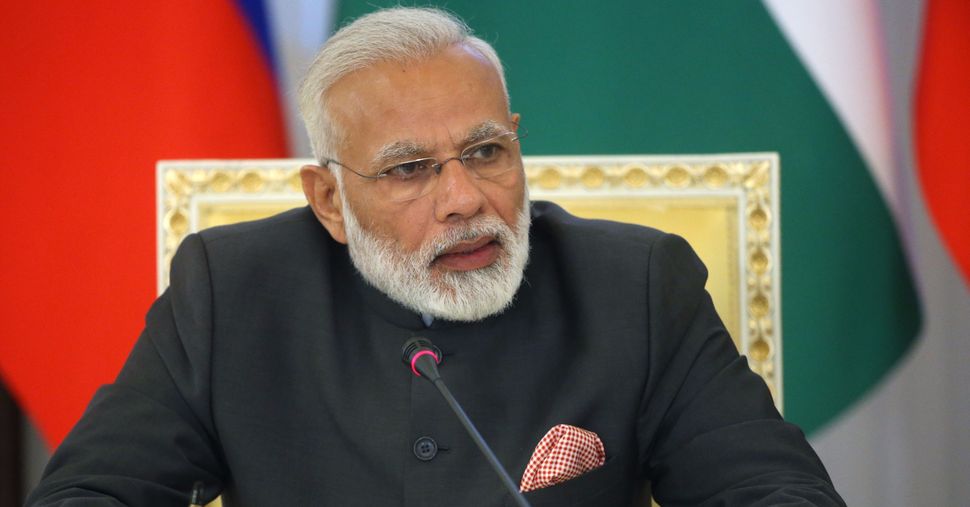 Modi arrived in Israel on Tuesday afternoon, the first visit to Israel by an Indian head of government. The visit comes 25 years after the establishment of diplomatic ties between the two countries.

Modi visited Israel in 2008 for the first time when he served as chief minister of the Indian state of Gujarat.

“My visit celebrates the strength of centuries-old links between our societies,” Modi said during a welcoming ceremony at Ben Gurion International Airport.   He said he would work to build “a strong and resilient partnership with Israel.”

Netanyahu announced that the two leaders would sign an agreement for a $40 million innovation fund. The visit is expected to boost economic and defense ties between the two countries.

Among Modi’s first stops on Tuesday was the Yad Vashem Holocaust memorial and museum.