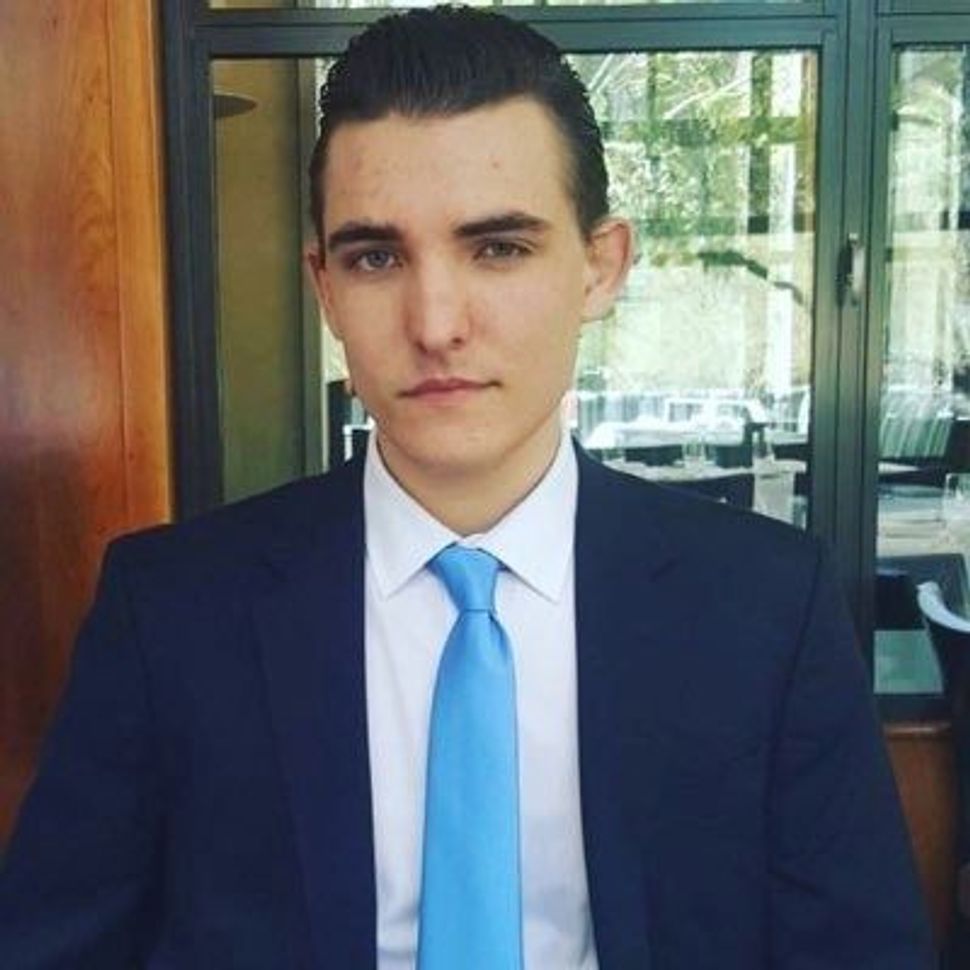 After a week that’s seen him in trouble for his social media activities, President Trump re-tweeted praise on Monday from Jacob Wohl, a youthful Jewish hedge funder and seeming mini-me.

Wohl’s Twitter presence makes it clear that he’s a Trump supporter – his cover photo shows him smiling alongside the president. He advertises himself as the chief executive of Montgomery Assets, which he presents as a hedge fund. He also trumpets himself as a political commentator, pointing to appearances on Fox News and Vice.

According to Talking Points Memo, Wohl has been probed by multiple regulatory agencies for possibly defrauding investors. Wohl’s personal Web site uses the URL “wohlofwallstreet” in an apparent riff on the hit movie with a similar name.