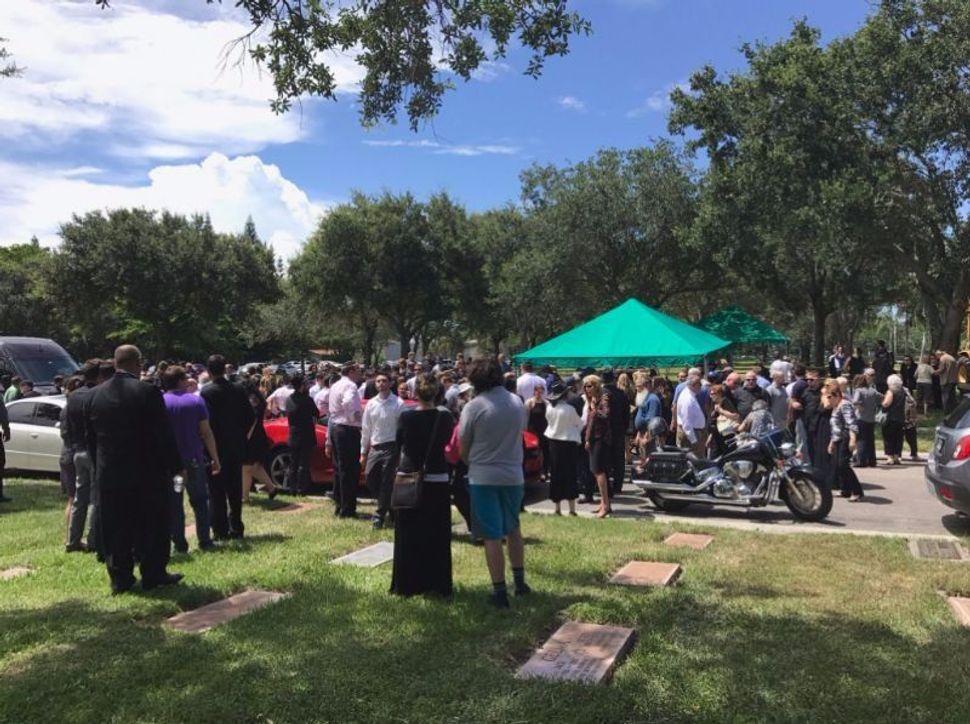 At his funeral on Thursday Aaron Rajman, a professional Mixed Martial Arts fighter who was shot and killed in a home invasion on Monday, was mourned by Chabad rabbis and MMA fighters alike. The “matzoh brawler,” who had turned 25 in June, led a life of faith, friendliness and, of course, fighting.

“He didn’t have an enemy that I knew of. Ever,” Emily Imber, Rajman’s former girlfriend, told the Palm Beach Post.

“He helped me raise my kid for those five years, and afterward he still played a role in his life,” Imber said Wednesday. “I’m heartbroken. I can’t believe there would be anybody that would do this to him.”

Rajman was one of the few Orthodox Jews in MMA, a sport that combines boxing, jiu-jitsu and other martial art forms. His professional record was 2-2.

A GoFundMe crowdfunding campaign organized shortly after Rajman’s death raised over $25,000 to cover funeral costs, including $10,000 to pay for a grave plot next to Rajman’s father’s grave. Rajman’s father died of lymphoma in 2011.

In a blog post, Rabbi Avraham Granat, a teacher at a day school in Coral Springs, wrote that Rajman would yell “Shema Yisrael!” before every fight, wearing a prayer shawl and boxing gloves. Granat learned the Israeli martial art krav maga from Rajman, who also taught the martial art to children and policemen in Boca Raton.

“His calm and subtle demeanor belied this expertise in what could be considered a violent lifestyle,” wrote Granat.