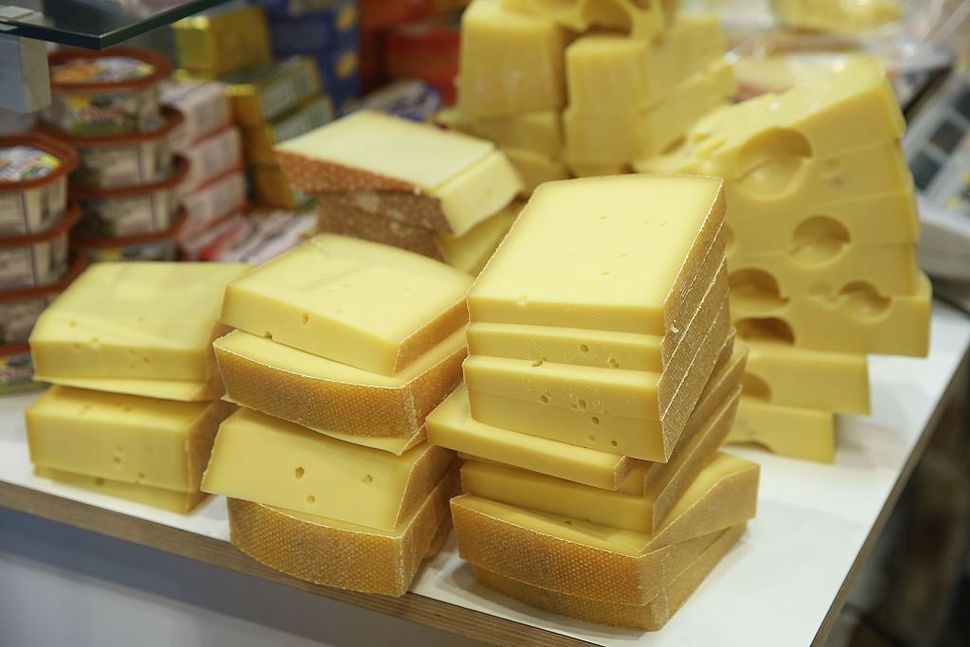 (JTA) — A food distributor accused of sending cheddar cheese to Jewish summer camps falsely labeled as kosher was fined $25,000 by a court in Ontario.

The Canadian Food Inspection Agency in May accused Ontario-based Creation Foods and its vice president, Kefir Sadiklar, with forging documents to make it seem as if the cheese sent to two strictly kosher Jewish summer camps was certified as adhering to Jewish dietary laws. The company pleaded guilty on June 22 in the Ontario Court of Justice in Newmarket to two counts under the Food and Drugs Act.

CFIA said it was the first case in Canada brought before a provincial court related to the misrepresentation of a kosher food product.

“The fine is significant and may lead to improved future compliance under this statute,” CFIA said in a statement. “This case, and the conviction, reinforces the CFIA’s commitment to food safety, and demonstrates how the agency takes issues related to food fraud seriously. Investigation and legal action will be taken, when warranted.”

The Kashruth Council of Canada reportedly brought the issue to the attention of the authorities. It had certified some Creation Foods products in 2011, allowing the family-operated company to use the council’s COR symbol indicating that a product is kosher. But the council withdrew its certification the following year following what its managing director, Richard Rabkin, called a “series of violations.”

The brand of cheese delivered to the camps is available in both non-kosher and kosher versions. Creation Foods allegedly photoshopped the code number of the boxes on the kosher certificate to make it appear that it was the kosher version of the cheese. Food distributors charge more for kosher cheese than non-kosher varieties.

Both summer overnight camps, Camp Moshava near Peterborough and Camp Northland-B’nai Brith in Haliburton, told the Toronto Star that none of the non-kosher cheese was eaten by campers.