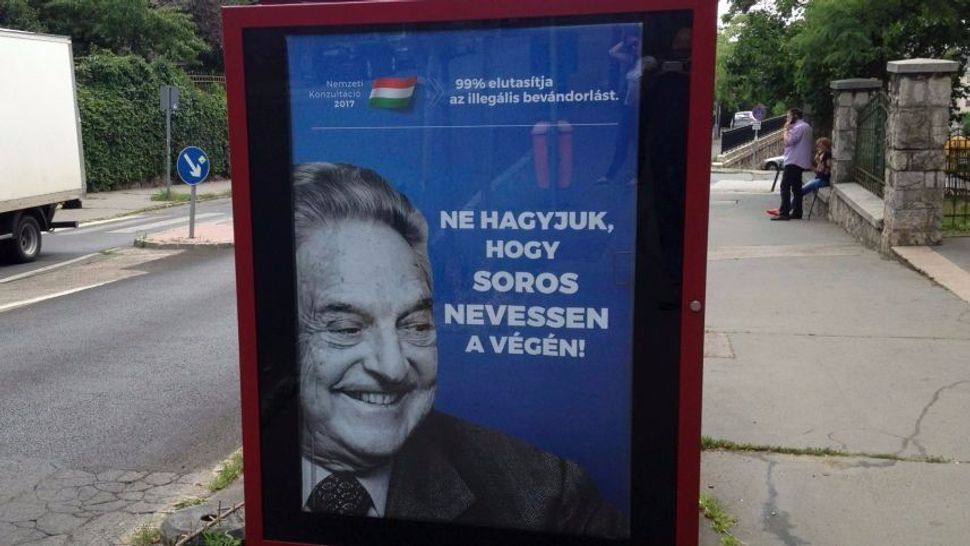 “Israel deplores any expression of anti-Semitism in any country and stands with Jewish communities everywhere in confronting this hatred,” Israel’s Foreign Ministry spokesman Emmanuel Nachson said in a statement issued Sunday evening, which was labeled a “clarification.”

“This was the sole purpose of the statement issued by Israel’s ambassador to Hungary. In no way was the statement meant to delegitimize criticism of George Soros, who continuously undermines Israel’s democratically elected governments by funding organizations that defame the Jewish state and seek to deny it the right to defend itself,” the statement also said.

Jewish leaders in Hungary say the campaign against Soros, over his call for Hungary to allow migrants to enter the country, has stoked anti-Semitic feelings in the country.

Billboards posted nationwide showing a grinning Soros, who was born in Hungary, and the words “Let’s not allow Soros to have the last laugh.”  Many of the billboards have been defaced with anti-Semitic graffiti.