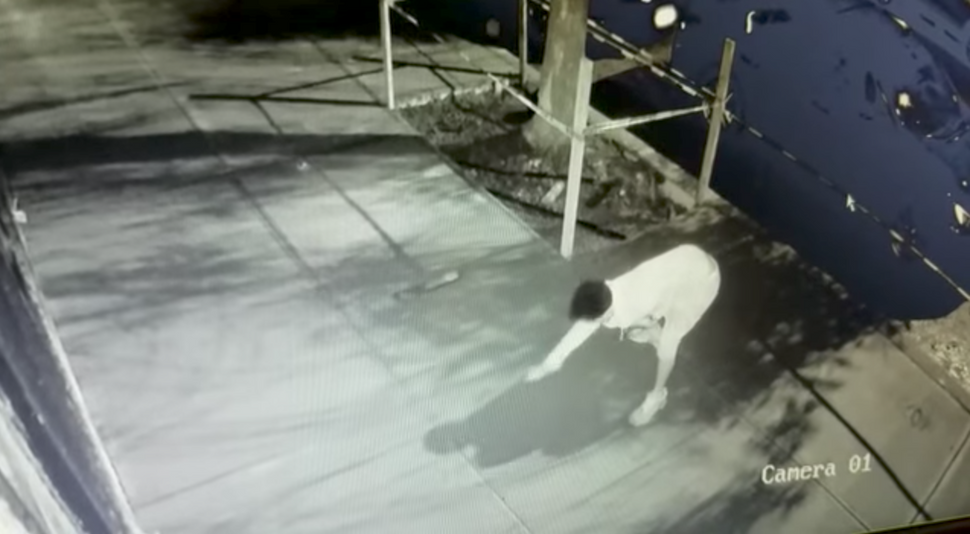 An unidentified man carved dozens of swastikas into a sidewalk in Midwood, Brooklyn. Image by YouTube

An unidentified man was caught on camera carving dozens of swastikas into a sidewalk in Midwood, Brooklyn. Police in the area were alerted after property owners on on the 200 block of Newkirk Avenue reported the vandalism.

A police spokesman did not say whether the NYPD’s Hate Crime Task Force was involved in the search.

The swastikas were carved just steps from several major Jewish institutions on Midwood’s Ocean Parkway, including the Ocean Parkway Jewish Center and the Chabad Lubavitch of Kensington.

“What has happened to society that people take any pleasure in spreading hate?” Brooklyn Democratic Assemblyman Dov Hikind wrote in an email to Gothamist. “Imagine the reaction of Holocaust survivors and their descendants who live in this community when they come across these symbols of hate?”