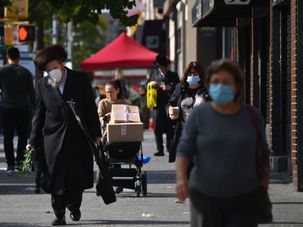 “After struggling through a difficult red zone shut down, shopping local has never been more important to us,” says the signs on many Brooklyn shops. 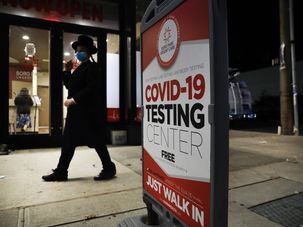 “One must also not go get tested because this raises the statistics in our neighborhoods.” 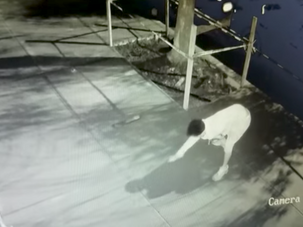 An unidentified man was caught on camera carving dozens of swastikas into a sidewalk in Midwood, Brooklyn. Police in the area were alerted after property owners on on the 200 block of Newkirk Avenue reported the vandalism. 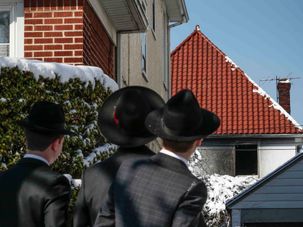 (JTA) — The Brooklyn mother who lost seven of her children in a house fire said in her first public remarks on the March 2015 tragedy that she wants to build a center for families on the site of her razed home. “What consoles me most is working on the positive — not lamenting on… 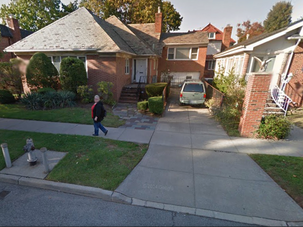 A relative discovered the fully intact skeleton - dressed in jeans, socks and a shirt. 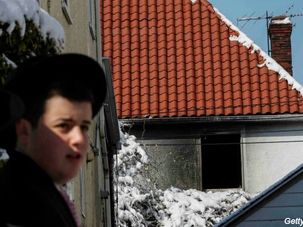 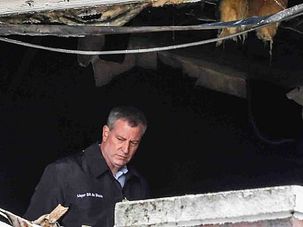 Seven children from an Orthodox Jewish family died early on Saturday when flames ripped through their Brooklyn home in one of New York City’s deadliest fires in years, officials said.

A Brooklyn man was reportedly charged with a hate crime after he beat an Orthodox Jewish man in what police say may be the latest example of a spreading urban game known as ‘knock out.’

An arson attack last year on cars in a predominately Jewish neighborhood of New York reportedly is being investigated as an insurance scam instead of a hate crime.

Scores of people marched through a Jewish neighborhood in Brooklyn Sunday to protest the anti-Semitic vandalism that struck the area.