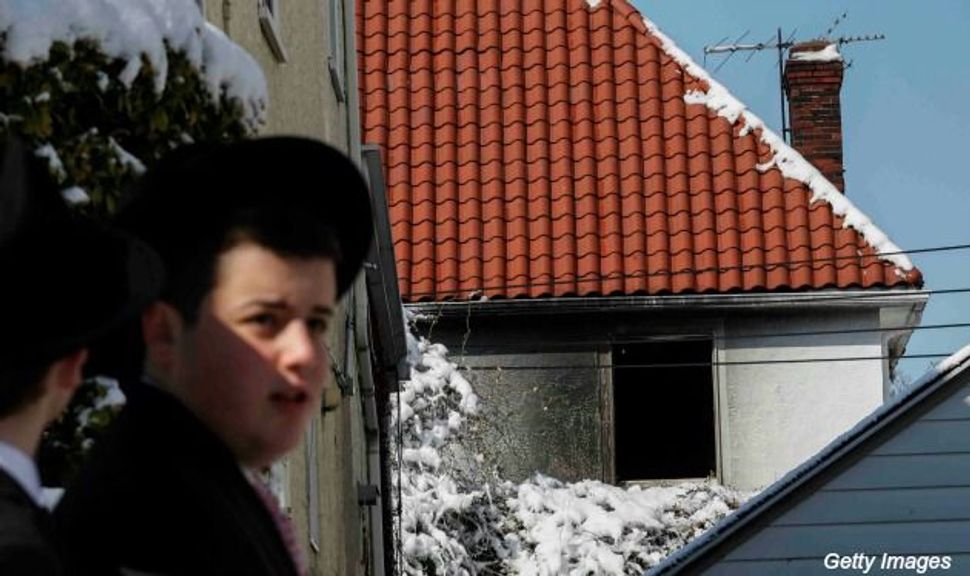 The Sabbath fire that killed seven children in an Orthodox Jewish family in Brooklyn on Saturday was at least the fourth deadly blaze in the borough resulting from Sabbath and holiday observance in the past 15 years.

In all 11 people have been killed in the four fires, all but one of them children. At least six other people were injured in the four fires, including the mother of the seven children killed this weekend, Gayle Sassoon, who was fighting for her life in the specialized burn unit at Jacobi Medical Center in the Bronx. An unknown number of others have been injured in similar fires that didn’t result in deaths.

Police and fire officials were quoted in news reports saying this weekend’s fire was caused by a malfunctioning electric hotplate in the family’s kitchen that was keeping food warm overnight in observance of the religious restriction on cooking during the 25 hours of the Sabbath.

A similar fire, also caused by a malfunctioning electric hotplate, killed an 8-year-old boy during the festival of Sukkot in October 2010. That fire, like this weekend’s, took place in the Midwood section of Brooklyn, the center of the borough’s large Syrian-Sephardic Jewish community.

Three other people were killed in two deadly fires caused by ritual candles, one in Borough Park in 2002, the other in Williamsburg in 2000, during the festival of Shavuot.

The victims in the Williamsburg fire were the granddaughter of Satmar Grand Rabbi Moshe Teitelbaum, Sarah Halverstam, and her 5-month-old baby Chaya.

Other Sabbath and holiday candle fires have resulted in serious injuries, including one in Borough Park in 2009, caused by an unstable oil-burning Hanukkah menorah, that wounded a 3-year-old and her babysitter, and another in the upstate Satmar enclave of Kiryas Joel in 2011 that critically injured a 70-year-old developmentally disabled woman.

By comparison, the controversial ritual of metzitzah b’peh, sucking the blood from an infant’s circumcision wound by mouth, is said by the New York City Board of Health to have killed two infants since 2000 and caused brain damage in two others, all apparently as a result of herpes simplex virus transmitted from the mohel’s mouth.

In all 12 infants contracted the virus through the ceremony during the period, though a respected Yeshiva University rabbinic scholar, Rabbi Hershel Schachter, was quoted in 2013 claiming that there were as many as 15 cases per year, most them covered up by hospital fearful of losing Hasidic business. He reportedly inferred the number, based on his daughter’s account of what she’d seen at the hospital where she works as a nurse. There’s been no confirmation.

Responding to the danger of Sabbath and holiday fires, New York City fire officials were reported in the New York Times to be on the street where this weekend’s fire occurred, hours after the blaze, handing out safety literature and fresh batteries for smoke detectors. The Times noted that none of the target audience were taking the literature or the batteries because Sabbath restrictions forbade it.