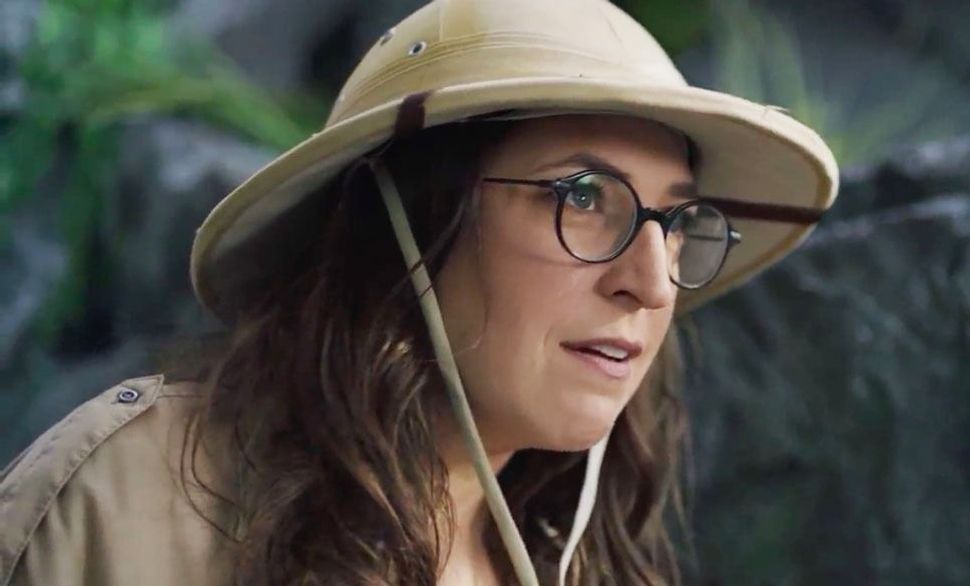 In a humorous commercial for Israeli seltzer company SodaStream, the Jewish actress (“The Big Bang Theory”) and neuroscientist stars as an anthropologist in the year 2136 recalling an encounter with a near-extinct species: “The Homoschlepiens.”

The Homoschlepiens — among them actor Kristian Nairn (Hodor from “Game of Thrones,” in a very Hodor-like role) — are defined by the fact that they cannot drink water that doesn’t come from a plastic bottle.

Bialik then touts the benefits of the SodaStream machine to make sparkling water at home — no plastic bottles needed.

“Much as we know plastic bottles pollute our environment and kill marine life, we continue to use them,” Bialik, 41, told JTA in an email. “Single-use plastic bottles should be a thing of the past and belong in a museum!”

SodaStream isn’t without controversy. The Israeli company — and its spokesperson at the time, Scarlett Johansson — was the target of boycotts due to having its main factory in a West Bank settlement. In 2015, SodaStream closed its West Bank location and moved its operations to southern Israel.