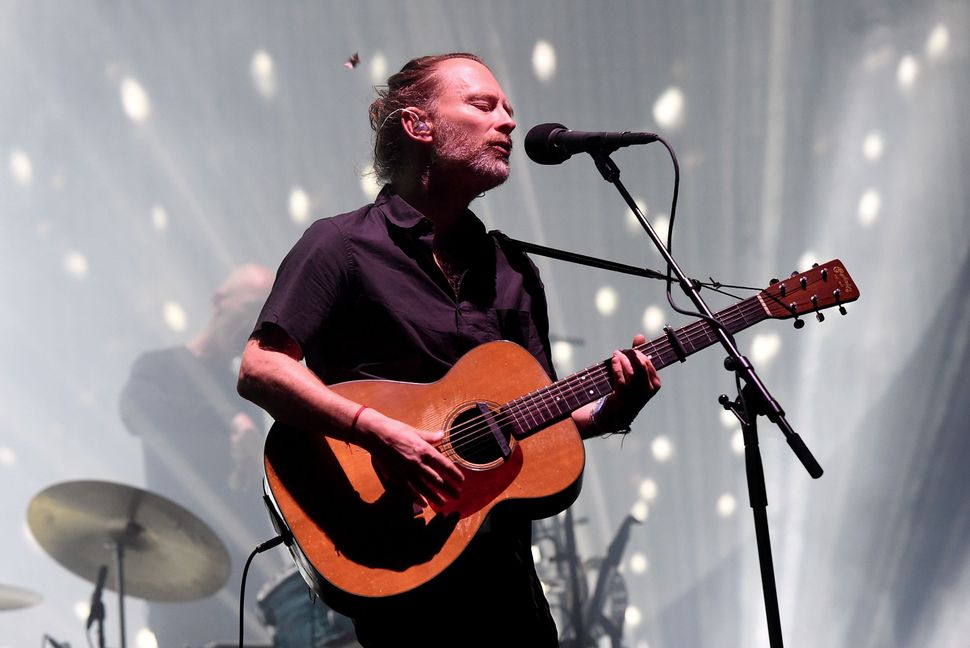 Thom Yorke, frontman of the groundbreaking rock group Radiohead, slammed the boycott, divestment and sanctions movement on Tuesday in a tweet. Yorke’s statement came in response to a tweet from Ken Loach, a British journalist who has repeatedly called for a cultural boycott of Israel.

“Playing in a country isn’t the same as endorsing its government,” Yorke wrote. “We’ve played in Israel for over 20 years through a succession of governments, some more liberal than others. As we have in America.”

“Music, art and academia is about crossing borders not building them,” the statement continued.

“Radiohead need to decide if they stand with the oppressed or the oppressor. The choice is simple,” Loach tweeted Tuesday.