What Did $200M In Political Donations Buy Sheldon Adelson? Not Much. 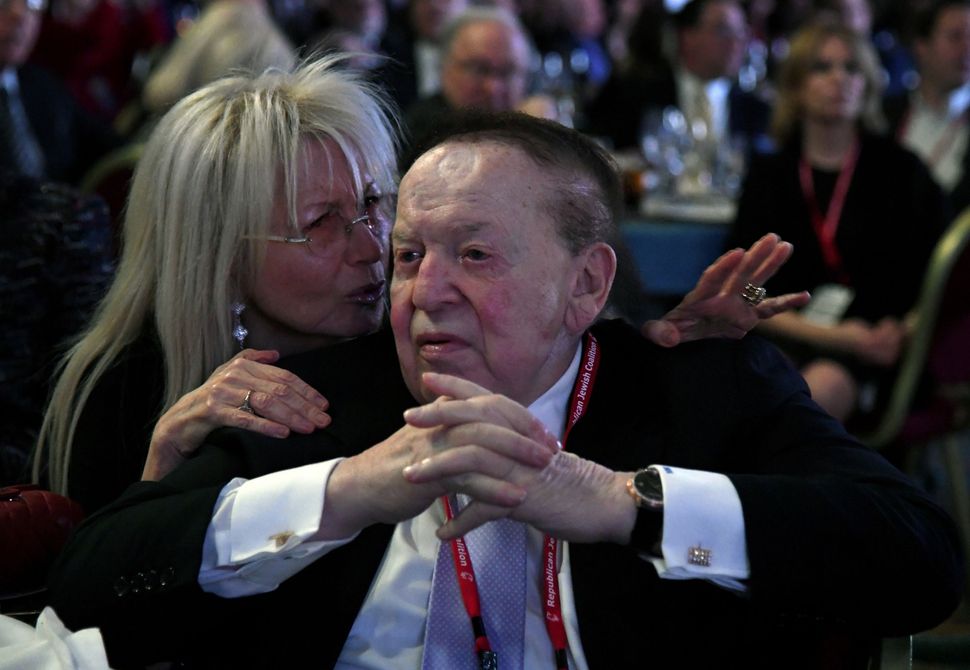 What does $200 million in political donations buy you? Not that much, according to a new story in Bloomberg on Sheldon Adelson’s political spending.

The Jewish casino magnate has been a major financial supporter of the political aspirations of Mitt Romney, Benjamin Netanyahu, Donald Trump and dozens of other candidates, successful and otherwise.

Yet Bloomberg notes that many of Adelson’s political objectives have failed, despite his heavy giving. He’s been unable to block marijuana legalization efforts or online gambling. And despite President Trump’s promises, the U.S. Embassy to Israel remains in Tel Aviv.

His track record with candidates has been similarly rocky. In 2012, nearly all the candidates he supported in the U.S. federal elections lost.

For all that, the multi-billionaire doesn’t mind much, his friends say. “Sheldon is Sheldon,” Republican public relations consultant Sig Rogich told Bloomberg. “I don’t think a guy who’s worth $33 billion is having a bad day.”

What Did $200M In Political Donations Buy Sheldon Adelson? Not Much.