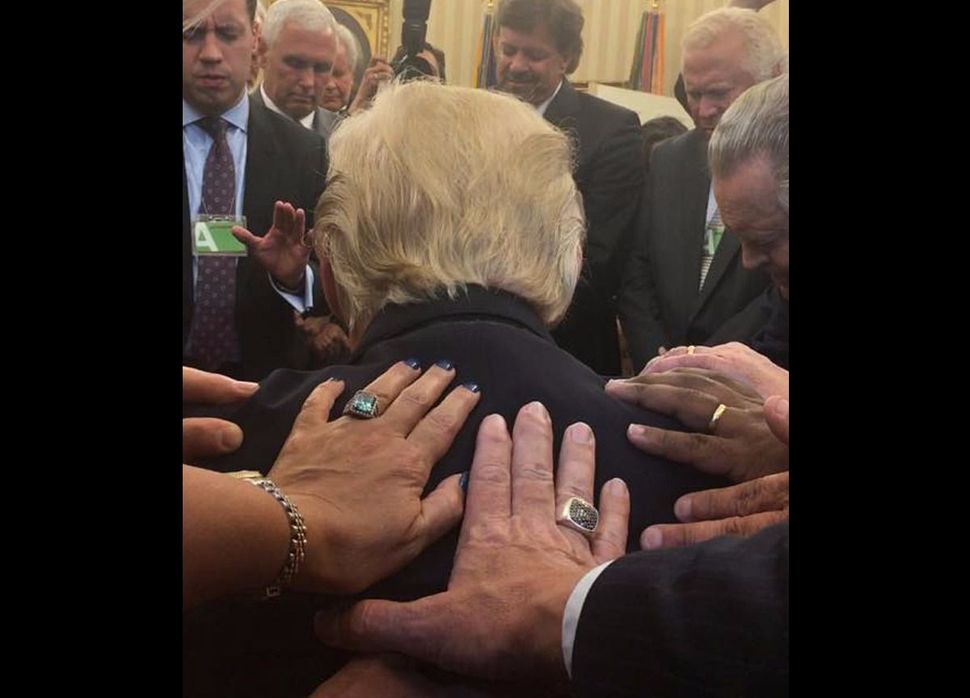 Amidst the latest revelations about Russian involvement in the Trump campaign, a group of evangelical leaders gathered in the Oval Office on Monday to “lay hands” on President Donald Trump and Vice-President Mike Pence, and to pray for “supernatural wisdom” and protection.

“What a humbling moment standing in the Oval Office — laying hands and praying for our President,” the evangelist pastor Rodney Howard-Browne wrote on Facebook, posting images of the gathering. “Supernatural Wisdom, Guidance and Protection – who could ever even imagine — wow — we are going to see another great spiritual awakening.”

Trump’s spiritual advisor Paula White-Cain can be seen in the photos at the president’s side. Members of Trump’s “religious advisory executive board,” were also present, including Johnnie Moore, a former senior vice president a large evangelical university in Virginia and Michele Bachmann, the former Republican congresswoman from Minnesota.

White-Cain and other leaders have “laid hands” on Trump before — in 2015, a similar ceremony was held in Trump Tower, including a Hebrew blessing from a Messianic televangelist.