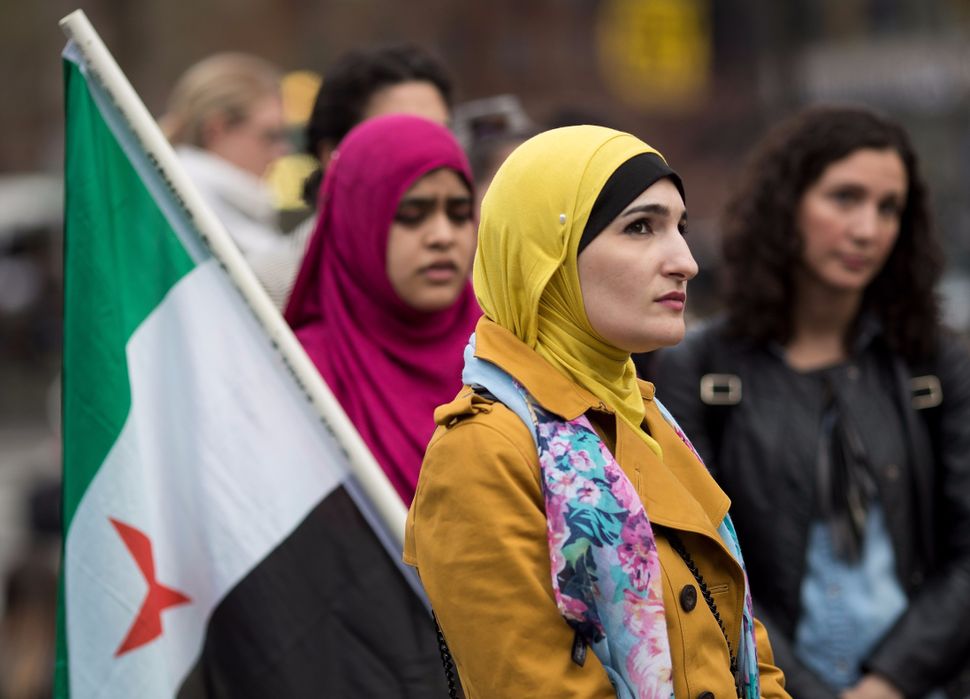 Linda Sarsour promised in February to send $100,000 to a Colorado cemetery. Image by Getty

On March 24, Muslim activists Linda Sarsour and Tarek El-Messidi promised to send $100,000 to a Jewish cemetery in Colorado that is in disrepair. Nearly three months later, the check has yet to arrive.

Sarsour was one of the leaders of Muslims Unite To Repair Jewish Cemeteries, an initiative that began in February in order to raise money from the Muslim community to repair Jewish cemeteries vandalized in the wake of Donald Trump’s election. The initial goal of $20,000 was passed in just three hours, and by the end of May the effort had raised over $160,000.

“We divvied up the tasks to get bids on landscaping, a fence and other security,” Price, who has been the cemetery’s main caretaker for over three decades, told The Algemeiner.

UPDATE: Sarsour has told The Algemeiner she and El-Messidi are “awaiting a proposal from the cemetery for potential costs so they can be allocated. This proposal/estimates have not been delivered to Tarek and Celebrate Mercy, who too have to maintain the intention and integrity of the donations received. We promised people they would all go to helping Jewish cemeteries and that’s where they will all go.”