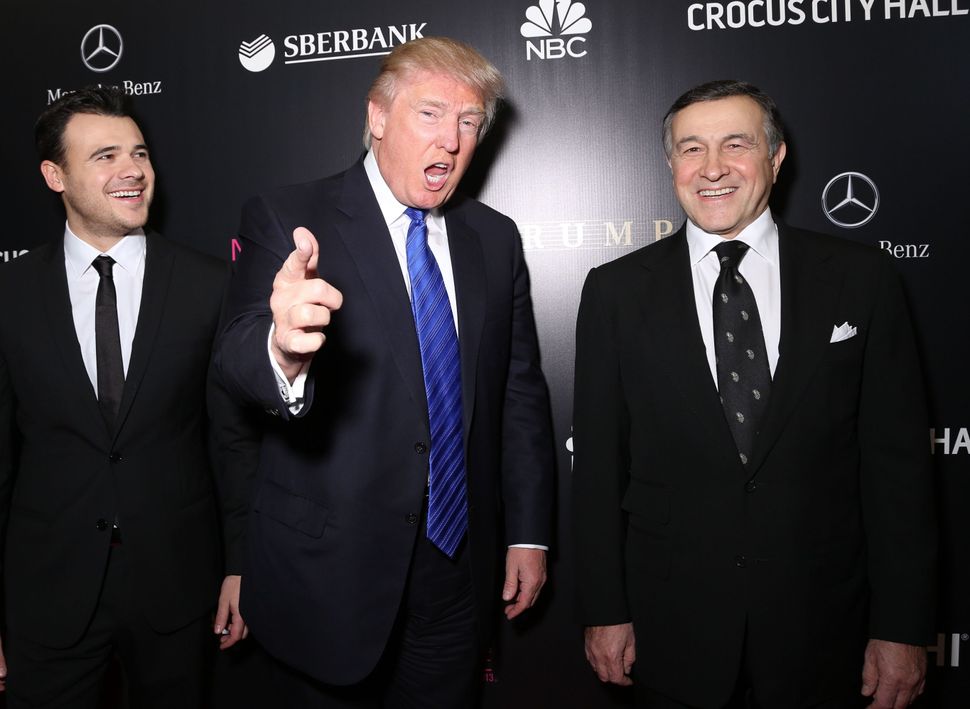 Emin Agalarov, Donald Trump and Aras Agalarov at the Miss Universe Pageant Competition in Russia in 2013. Image by Getty

Aras Agalarov, the billionaire whose pop star son has become embroiled in the Trump-Russia scandal, is selling his New Jersey mansion for $7 million, according to the New York Post. He bought the house for $8 million in 2007. The current price reportedly includes furniture.

Agalarov is married to Irina Agalarova, who is Jewish. Emin Agalarov, their son, was born in Azerbaijan and identifies as Jewish. Emin has a home in New Jersey that has been on the market for a year.

The younger Agalarov reportedly asked his publicist, Rob Goldstone, to set up a meeting between Donald Trump Jr. and a Russian government prosecutor.

Aras Agalarov was Donald Trump’s partner in bringing the Miss Universe Pageant to Russia in 2013.