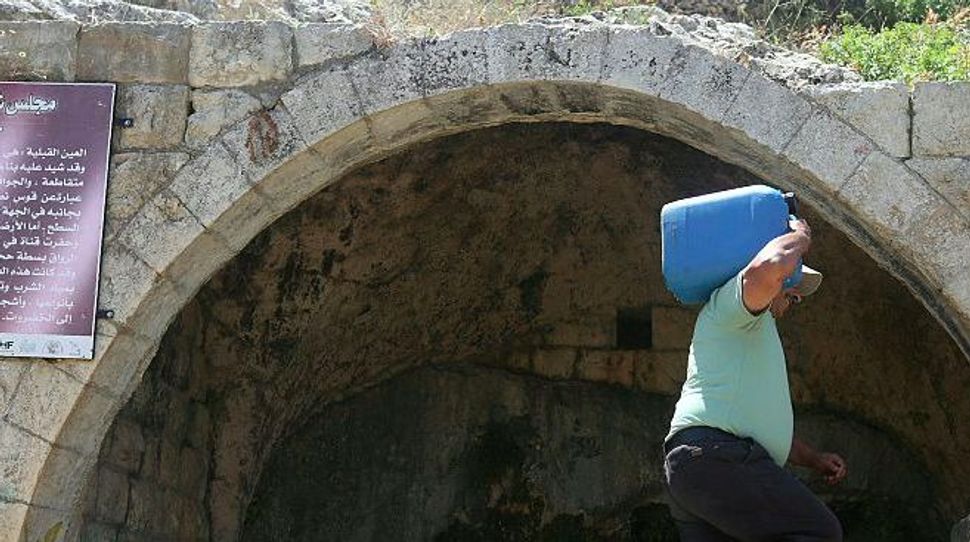 President Donald Trump’s Middle East envoy announced an Israeli-Palestinian water agreement on Thursday but dodged questions on whether he was making headway on reviving peace talks.

At his first news conference in Jerusalem since launching a series of visits in March, Jason Greenblatt declined to say if he was any closer to a return to negotiations between the two sides that collapsed in 2014.

“Let me interrupt you to save time. We are only taking questions about the Red-Dead (water) project,” said Greenblatt, who was a legal adviser to Trump’s businesses before being appointed Special Representative for International Negotiations.

He was referring to a World Bank-sponsored plan to build a nearly 200-km (120-mile) pipeline from the Red Sea to the Dead Sea and a desalination plant in the Jordanian port of Aqaba that was agreed in principle in 2013.

Under that deal, which aims to increase fresh water supplies for Jordan, the Palestinians and Israel and revitalize the Dead Sea’s falling water levels, Israel agreed to increase water sales to the Palestinian Authority by 20 million to 30 million cubic meters a year.