Did Jack The Ripper Hope To Inflame Anti-Semitism WIth Murder Spree? 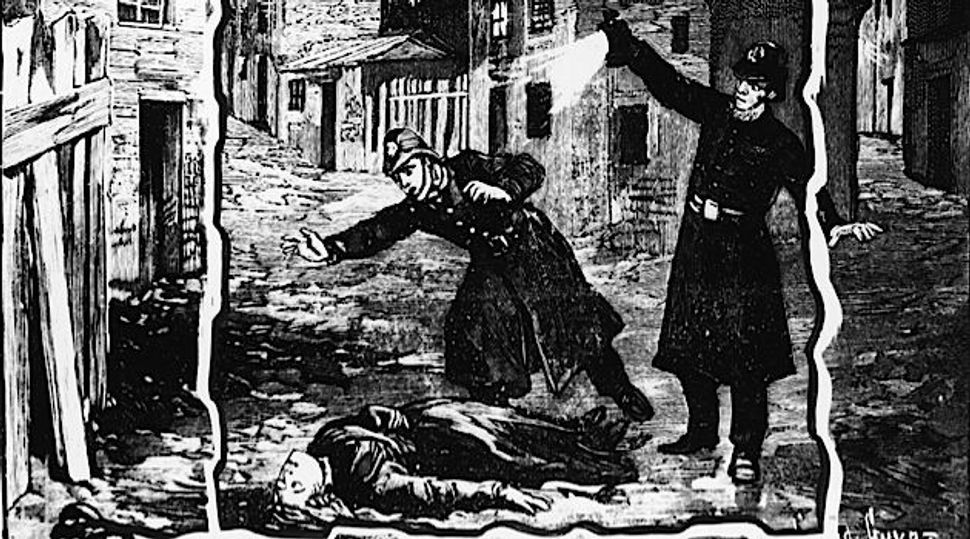 Whodunit? Two policemen discover the body of one of Jack the Ripper’s victims, probably Catherine Eddowes, in London in September 1888. Image by getty images

Australian author Steven Senise theorizes that the killer carefully chose the sites of his attacks in order to arouse suspicion about the Jewish community. Jews were detested by Londoners across all classes at the time of the murders in the fall of 1888, and when two victims were found mangled outside of a coffeeshop frequented by Jewish socialists and yard where a radical Yiddish newspaper was printed, the backlash was swift and fierce.

Newspapers of the day speculated on the murderer, while anti-Jewish riots broke out in response to the killings. The rioting during the period of the murders “was consistent with Jack the Ripper’s intentions,” the book says.

It’s unclear whether the killer’s motive was to deflect police attention from himself — or to spark hatred of Jews.

Senise names his favored suspect as George Hutchinson, a man in his late 20’s. He claimed to be a witness to one of the murders, providing police with much greater detail than they’d been given before.

Did Jack The Ripper Hope To Inflame Anti-Semitism WIth Murder Spree?