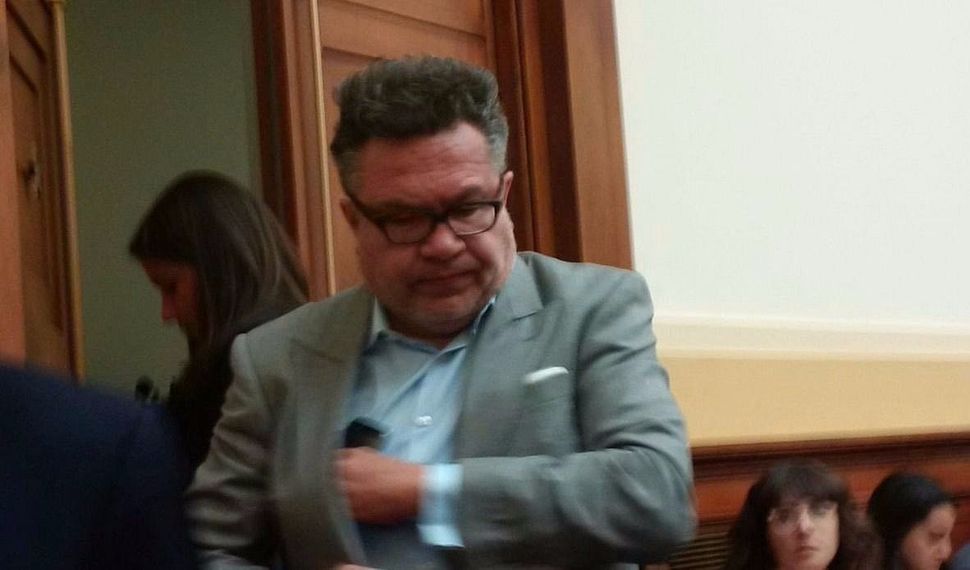 The former Soviet intelligence officer who was at the bombshell meeting with Donald Trump Jr. at Trump Tower last June allegedly helped organized a campaign against a fellow Russian seeking political asylum in the United States — by calling him anti-Semitic.

Rinat Akhmetshin, a Russian-born political lobbyist now living in Washington D.C., was accused of mounting a smear campaign against former Russian politician Ashot Egiazaryan, who at the time was seeking political asylum in the United States, according to Radio Free Europe.

A lawsuit filed in a Manhattan federal court charged that the campaign sought to derail Egiazaryan’s asylum request and force him back return to Russia, by alleging that he was an anti-Semite. Lawyers allege Akhmetshin was enlisted to help publish at least one article in the Jewish Journal accusing the deputy of anti-Semitism.

Akhmetshin has been described as a shrewd lobbyist who has mounted numerous under-the-radar political campaigns.

“I know of no Russian gun-for-hire who managed to run his campaigns so successfully, running circles around purportedly much more seasoned Washington hands,” Steve LeVine, a Washington reporter who has written about Akhmetshin’s work, told Radio Free Europe.