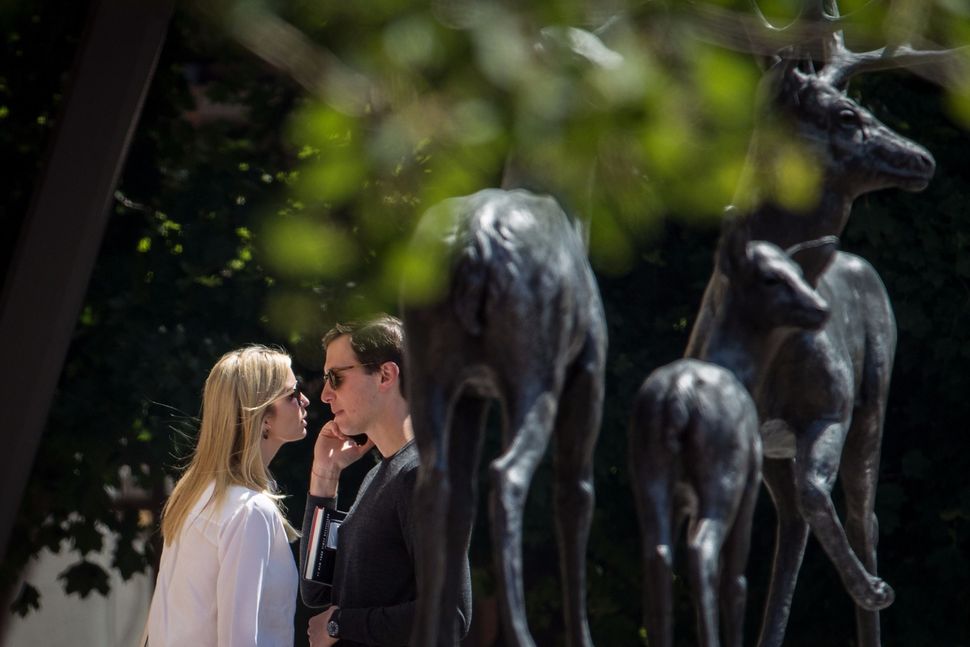 Trump and Kushner at the Idaho conference on Thursday. Image by Getty

Jared Kushner and Ivanka Trump have made a daring escape.

While the first family rides out the media storm following revelations that Donald Trump Jr. met with a Russian state prosecutor and a former Soviet counterintelligence officer in Trump Tower last summer, Kushner and Trump are attending a lux conference in Sun Valley, Idaho. The weeklong conference, organized by the secretive investment bank Allen & Co., is an annual opportunity for billionaires and moguls to rub shoulders far away from the glare of New York and the Beltway.

The Jewish couple has been avoiding the spotlight at the conference, attending panels on the Middle East and race relations, according to Variety. Neither Trump nor Kushner is scheduled to speak.

Though the pair might have ideological opponents in the crowd, they are certainly at home at this gathering of the 1%. Bill Gates, Mark Zuckerberg, King Abdullah II of Jordan, Warren Buffett and Jeff Bezos are among the guests.

“People were coming up to them,” one guest told Variety. “They’re controversial, but no one is treating them like pariahs.”